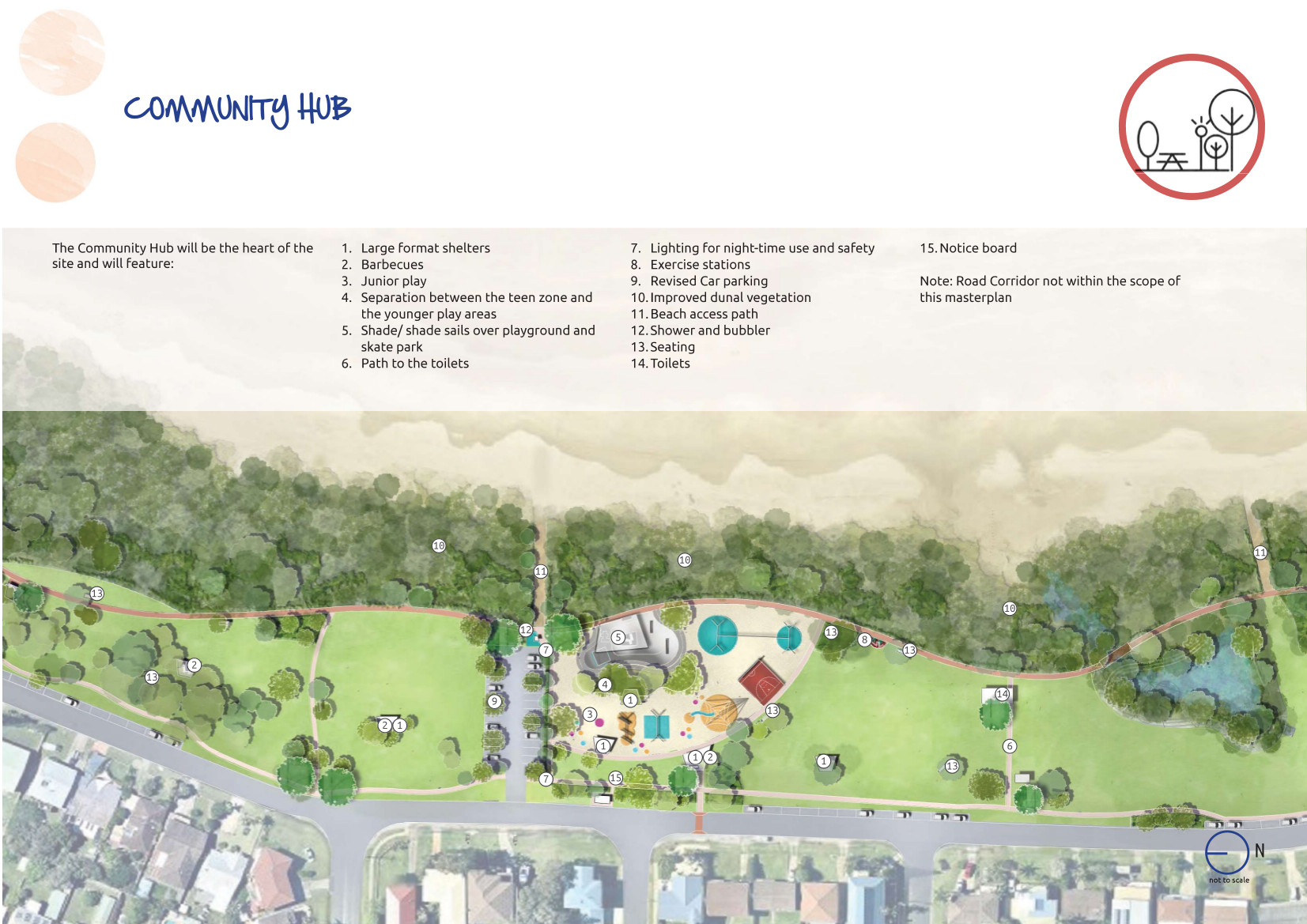 The $900,000 Community Hub and Active Youth Space concept plan for Sandy Beach Reserve has been approved by the Coffs Coast Regional Park Trust Board, after the advertised concept plan won support from a majority of the community during the final stages of consultations.

Chairman of the Regional Park Trust Board Rod McKelvey said the Board had approved the plan to proceed to detailed design and construction, after considering the public submissions, comments and survey responses received during public exhibition of the concept plan in June/July this year.

“More than 170 people commented on the plans during the latest round of consultations and it is clear that the concept plan is a winner,” said Mr McKelvey.

“The Active Youth Space’s skate and multi-purpose court elements were supported by 77 per cent of people and 71 per cent of participants indicated they want the Community Hub and Youth Space plan to go ahead without changes.

“The concept plan is in reality the community’s design, it presents the types of elements, facilities and design themes that were put forward by about 80 local adults and children who gave their time to take part in a  community planning workshop in March this year.

“This central Community Hub and active Youth Space are part of the overarching Sandy Beach Reserve Masterplan, which was developed and finalised over more than nine months of workshops and detailed consultations with the community in 2017.”

Inter-connecting pathways, the shared cycle/pathway, the skate park, multi-purpose court and picnic areas emerged as the favoured elements of the concept plan according to the online survey, which attracted 115 participants.

The Trust Board noted other feedback provided in the consultations as having significance for future design development and funding, including the construction of a new car park for the Community Hub and Active Youth Space zone and the continuation of the community’s popular main shared cycle/pathway, to complete the northern section.