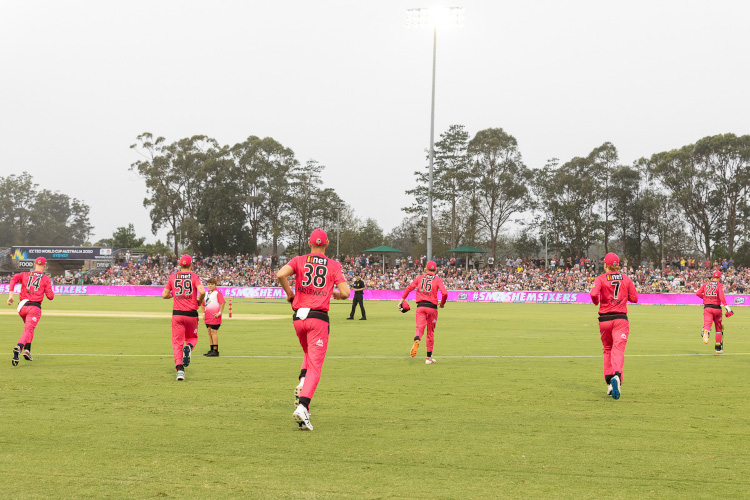 The defending BBL champion Sydney Sixers will be back in Coffs Harbour this summer for a pair of blockbuster Big Bash League games including a massive New Year’s Day clash with the Melbourne Renegades.

With the support of Coffs Harbour City Council, the Sixers will then return to C.ex Coffs International Stadium on January 9 for a grand final rematch with the Perth Scorchers.

This is the second season the Sixers have taken a BBL match to Coffs Harbour with the men in magenta defeating the Adelaide Strikers in a sold-out thriller two seasons ago on the way to their first of two consecutive BBL crowns.

The games in Coffs Harbour come after consultation with, and the support of the SCG, due to the scheduling clash with the hallowed ground’s traditional New Year’s Test.

“The Sixers absolutely loved playing in Coffs Harbour the last time they had the opportunity and we are very excited to be coming back this summer for BBL|11,” Cricket NSW CEO Lee Germon said.

“The Coffs Coast is a wonderful part of Northern NSW and the opportunity for us to bring two games up there and inspire more people to play and love cricket is too good to pass up.”

The match has been made possible through a contribution from the NSW Government’s ICC T20 World Cup 2020 Legacy Fund. The Fund has resulted in more than $6 million and 200 projects supported across NSW over the past three years, including the first BBL match in Coffs Harbour in 2020.

Minister for Sport Natalie Ward said it was great to see BBL return to the Coffs Coast through the support of the Legacy Fund.

“The NSW Government is proud to support the return of Big Bash cricket to Coffs Harbour next season in the lead up to the 2022 ICC T20 Men’s World Cup,” Mrs Ward said.

“The success of the Legacy Fund has extended across NSW, with projects from new cricket nets through to supporting matches like this ensuring everyone across the State has the chance to engage with Australia’s much-loved summer sport.”

“The NSW Government’s Legacy Fund is a fantastic initiative that continues to ensure the T20 World Cup has a lasting, positive impact for cricket clubs and communities across NSW,” Enright said.

“The LOC are delighted to see the Coffs Coast and surrounding communities will have the opportunity to experience the excitement of world class T20 cricket ahead of the ICC Men’s T20 World Cup, which will be held in Australia from October 16 – November 13 2022.”

Coffs Harbour Mayor, Councillor Denise Knight, said the pair of games were a boon for cricket in the region.

“The enormous success and sell-out crowd at the first Big Bash League game the C.ex Coffs International Stadium hosted says it all about how exciting this is for regional cricket fans, particularly the young players,” Mayor Knight said.

“Once again, the quality and reputation of the Stadium, its facilities and staff – as well as the glorious Coffs Coast itself and the fantastic welcome that we put on – has seen us included in this top sporting tournament. I can’t wait!”

Member for Coffs Harbour, Gurmesh Singh, said this is yet another exciting announcement for the Coffs Coast.

“After the smashing success of the first game, it’s great to be able to welcome two Big Bash games back to Coffs Harbour,” Mr Singh said.

“The C.ex Coffs International Stadium is perfectly suited to Big Bash cricket, and the enthusiastic support of the community last time is set to be repeated come January.”

Tickets are expected to go on sale in coming months.