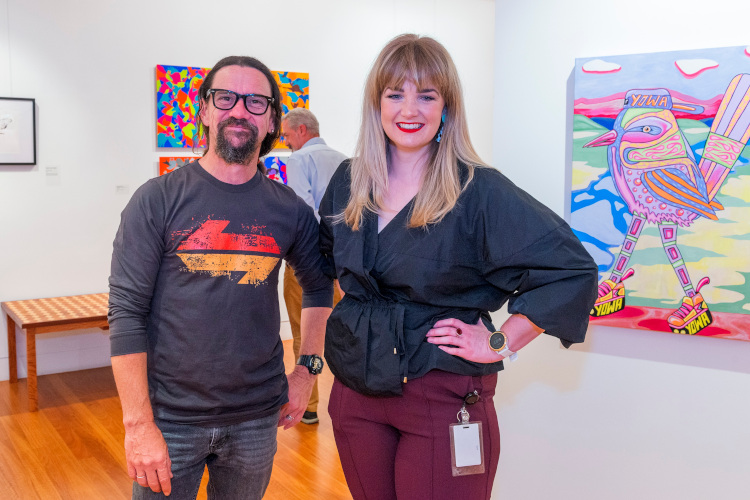 Coffs Harbour Regional Gallery will reopen to the public on Saturday 12 June after a temporary closure to assess and repair damage caused by a burst water pipe in the Rigby House building in March.

Gallery Curator, Chloe Waters, says preparations have continued behind the scenes during the forced closure to reschedule an enticing program of exhibitions in the Regional Gallery’s 20th Anniversary year.

“It has certainly been an eventful twenty years, and we’re so appreciative of our community and exhibiting artists for their ongoing support, particularly during the last couple of months as we work to relaunch our 2021 program,” says Ms Waters.

“We are thrilled to be able to welcome visitors back to the Gallery from June 12 as we officially relaunch our 20th Anniversary Program with the opening of the 2021 Saltwater Freshwater Aboriginal Art Award and Contemporary Cultural Objects Exhibition.”

The Gallery’s signature art prize, STILL: National Still Life Award 2021 will follow and open in August. The $30,000 major prize will be announced on August 14 by guest judge, Elizabeth Ann Macgregor OBE, followed by the exhibition of finalists until 23 October.

“This is our third STILL and it’s our biggest and best yet!” says Ms Waters. “We’ve had a record number of entries from around the country and we can’t wait to announce our finalists soon and showcase the diversity of still life come August.”

Closing out the Anniversary Program is The White Bluff Project, rescheduled to be our home-grown summer blockbuster exhibition, from 30 October 21 to January 15 2022.

The local art, science and community collaboration, centres around the significant but often overlooked site of White Bluff, north of Coffs Harbour. Ms Waters says the highly anticipated project has been years in the making and is not to be missed.

“What an absolutely fitting close for our Anniversary year: showcasing a unique, artist led project, born right here in Coffs Harbour that resonates far further abroad.  We look forward to bringing the culmination of this project alive in the Gallery for the community and collaborators to experience and celebrate together.” More about the project of local collaborators can be found at www.thewhitebluffproject.co