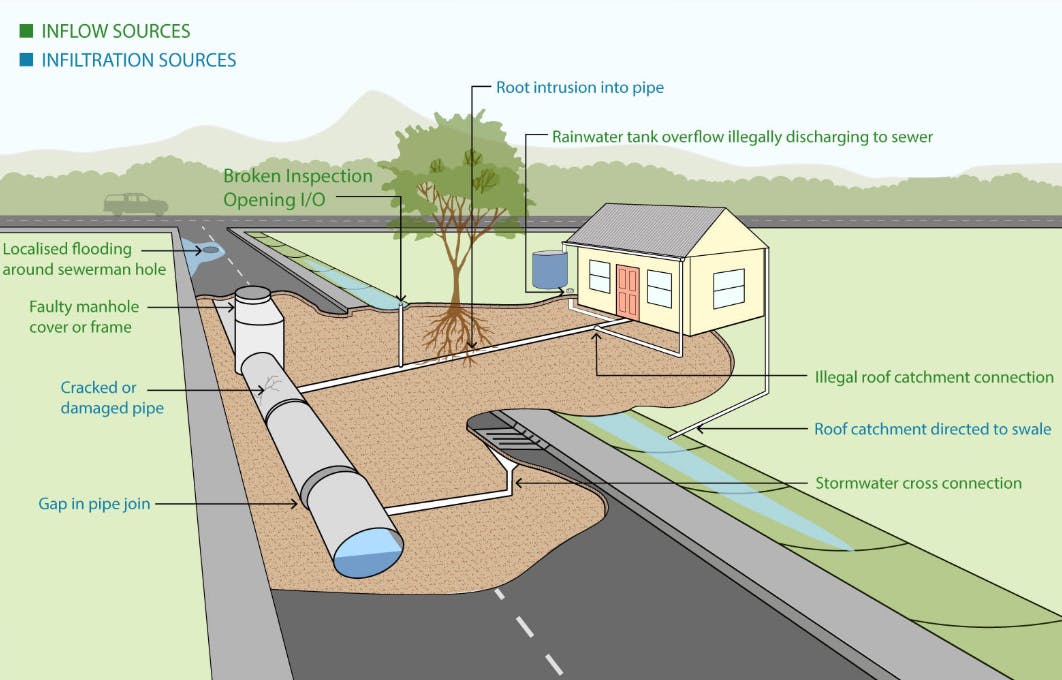 An important project to minimise the risk of harm to human and environmental health from sewage spills caused by stormwater accidentally or illegally entering the local sewer network has uncovered multiple issues.

During wet weather, infiltration by stormwater into sewers can potentially overload the system. Locally, wet weather sewer flows are currently reaching up to twice the actual capacity of the system.

Between September and November 2020, a total of 978 properties were inspected to check their stormwater drainage as part of the Stormwater Inflow Reduction Project. Of these, 17 were illegally or incorrectly connected to the sewerage system and 525 had defects that contributed to the problem of stormwater overflows.

“We’ve had some very recent examples only this month of the major problems that are caused by this issue – including the sewage spill into Coffs Creek – and the massive overload of our water reclamation plants during the sustained rainfall we had for days that began on 18 March,” said Mick Raby, Council’s Director Sustainable Infrastructure.

“While 17 homes might not sound like a major problem, they were contributing more than half of the stormwater finding its way into that local sewer network during any rain event. When you multiply that across the local government area (LGA), you start to get a picture of the scale of the problem.”

If the initial findings to date are indicative of the LGA as a whole, then the Stormwater Project has the potential to:

Stormwater infiltration most commonly occurs from residential stormwater downpipes that have been incorrectly or illegally connected into the sewerage system, or sewer overflow relief gullies on properties are broken or located in a place that allows rainwater to enter.

The Stormwater Inflow Reduction Project is ongoing. It will undertake checks of all homes and commercial and public buildings linked to the sewer system and is expected to take a number of years to complete.

For more information on the Project, go to Council’s Have Your Say website – Stormwater Inflow Reduction Project