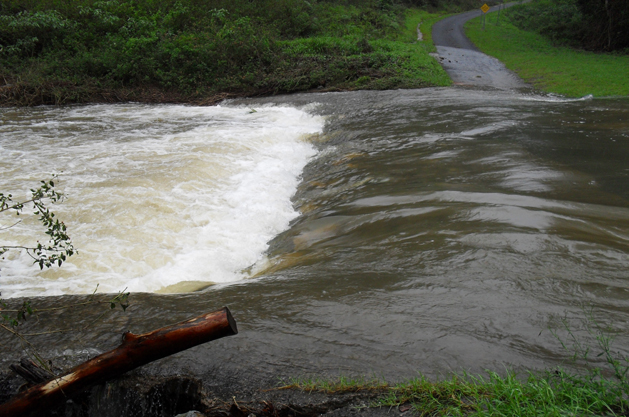 A special rate variation put in place following the 2009 floods has now ended after making a significant contribution to mitigating the damage caused by flooding in the Coffs Creek area.

Following these events, Council made its Coffs Creek Catchment Flood Mitigation Program a priority and resolved to take out two $6m loans to allow works to begin immediately. One was repaid from Council’s existing – and ongoing – Stormwater Levy Surcharge and the other was paid back over time by a special rate variation (SRV) put in place in 2010.

At its conclusion this year, the SRV was generating $1.7m annually. It was used to support grant applications for the construction of the four flood detention basins in the Coffs Creek catchment that formed the centrepiece of the Mitigation Program. In addition, early warning rain gauges and water level recorders were installed at key locations on local waterways. These are linked to the State Emergency Service (SES) and the Bureau of Meteorology to provide live information on water levels.

“The success rate achieved in winning grants meant that more was achieved via the SRV than originally anticipated. In addition to the detention basins, the SRV also made close to $4m worth of drainage improvements possible,” said Steve McGrath, Council’s General Manager.

“These include $1.25m for stormwater augmentation works at Fiddaman Road in Emerald and $850,000 for drainage works for the Newports Creek catchment, centred at the Stadium Drive Sports Hub, which is currently under construction.

“The Stormwater Levy Surcharge has been, and will continue to be, a valuable source of funds to undertake flooding and drainage works.”

Many other less expensive, but still critical projects, were also funded from the SRV, grants and the Stormwater Levy Surcharge including creek bank stabilisation works and a number of floodplain studies which are crucial for flood mitigation planning.

Work is currently underway to review options to fund the future flood mitigation program. This will be the subject of a future report to Council.