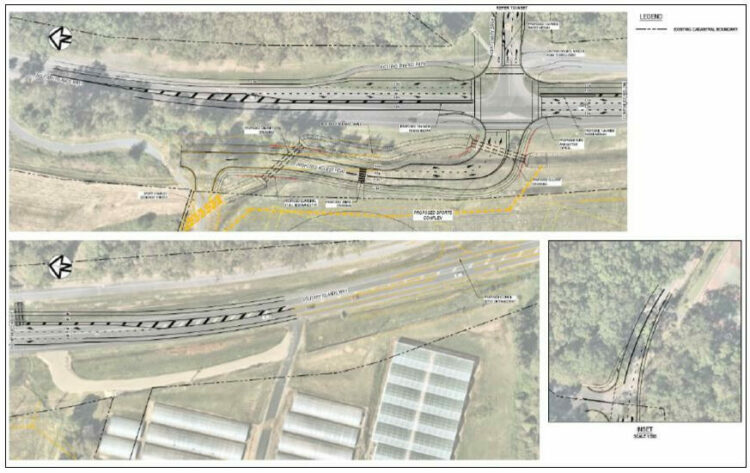 A forecast rise in traffic from future residential growth, local sporting facilities and active transport options is behind a plan for a new traffic light-controlled intersection for Solitary Islands Way and Centenary Drive to improve road safety for drivers, pedestrians and cyclists.

“The safety of pedestrians and other road users was a prime consideration in the preferred design,” said Mick Raby, Council’s Director Sustainable Infrastructure.

“Critically, it would also provide the safest way for pedestrians and cyclists to move between the future Sports Complex, the Woolgoolga High School precinct and the existing cycle path along the eastern side of Solitary Islands Way. The Sports Complex is expected to generate high numbers of school-aged visitors so safe walking and cycle connections are a priority.

“We engaged experts to look at the possibilities and they concluded that a traffic light-controlled intersection was the best option. Other designs were considered, such as a roundabout, but that doesn’t provide as safe an option for walking or cycling for large numbers, even if it can offer an adequate level of service for vehicles.”

Detailed design is already underway for the West Woolgoolga Sports Complex with construction expected to begin in 2021. The project has been accelerated as a result of Federal and State Government funding and so preparatory work for an appropriate intersection in the area has been moved forward and is now due to start in this financial year.

In addition, the Woolgoolga North West Urban Investigation Area (WNW) has the potential to create 1,130 new residential lots. Current estimates suggest that around 285 homes would be developed by 2040 with a further 845 after 2040.

Councillors agreed to allocate $576,000 of funding from Council’s Plant Fund into this year’s budget to allow preparatory works to begin. The full cost of the new intersection is expected to be $5.26m, which will be borrowed but then recovered through relevant Developer Contributions generated by future subdivisions for residential homes.

Construction is expected to begin in the latter half of 2021.

Image is of a concept plan for the new intersection.