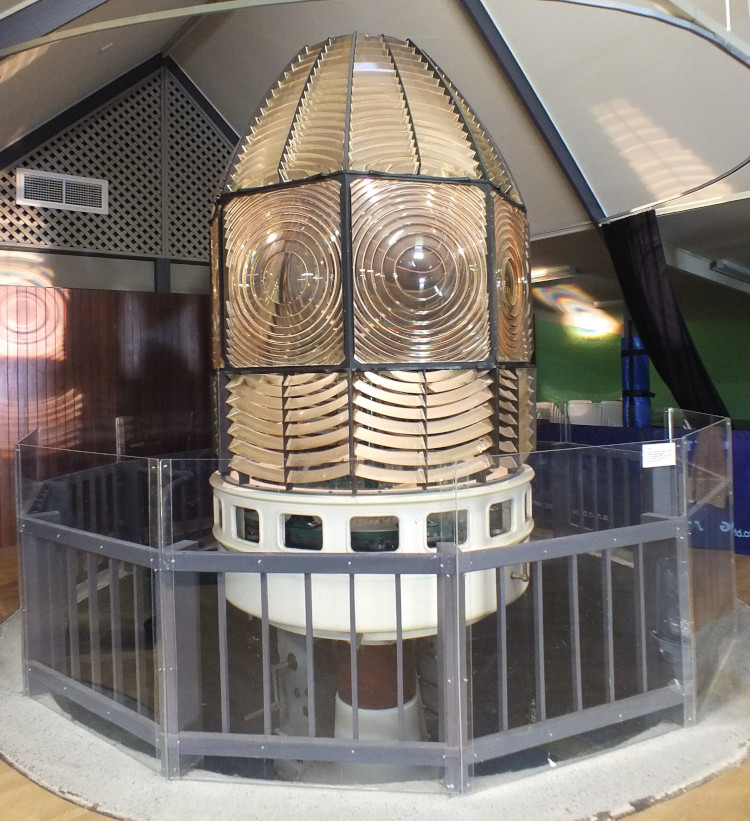 The long-term home of the nationally important South Solitary Island Lighthouse Optic (SSILO) should be at the harbour in sight of the ocean, according to an independent report by conservation experts commissioned by Coffs Harbour City Council.

The optic – the rotating lens that forms the ‘light’ of the lighthouse – was originally installed in the South Solitary Island Lighthouse in 1879. When the technology became redundant, it was removed in two stages between 1975 and 1977 and installed in the old museum building in 1980, which was then operated by the local Historical Society. When the Regional Museum moved into its current home in the Old Courthouse and Police Station, the optic remained in the former as it was too large to fit into the heritage listed building.

“The South Solitary Island Lighthouse Optic is the most valuable item in our Museum collections,” said Jo Besley, Gallery and Museum Curator. “It is a highly significant item, both to the Coffs Harbour community and more broadly within maritime circles. It’s important that it is displayed to the public in the most appropriate manner and in a location that celebrates its significance and story.”

“The consultants concluded that the optimum position for its long-term location should be adjacent to the harbour within sight of the sea,” said Ms Besley.

Consideration was given to placing the optic into the new Cultural and Civic Space as a temporary measure. But with the NSW Government’s proposal to revitalise the Coffs Harbour Jetty Foreshore – and include a cultural attraction – it was strongly recommended that the optic be included in discussions by the Jetty Foreshore Project Advisory Steering Committee.

Councillors have agreed to advocate for the inclusion of the South Solitary Island Lighthouse Optic in future plans for the Coffs Harbour Jetty Foreshores precinct, so it can be put on public display as an attraction for residents and visitors.

The consultants have also estimated that it would cost up to $85,000 to dismantle the optic and reassemble it in a new location.

The South Solitary Island Lighthouse Optic was made by Chance Bros, of Birmingham, England. The lens was developed from the design of Augustin-Jean Fresnel, a French physicist who pioneered in the field of optics, particularly with polarised light. He developed the use of compound lenses instead of mirrors for lighthouses.

The SSILO Fresnel lens is a First Order (the most powerful type) of dioptric lens. It has eight panels with prisms of flint glass (often called lead crystal) and each panel has 127 pieces in a gun metal frame. The lens sits on a cast iron pedestal and was originally set in a bath of mercury to provide frictionless rotation. The original clockwork motor made by Chance Bros is still in working order although today an electrical source makes it rotate. The mercury bath still exists but is now filled with a lubricating oil.