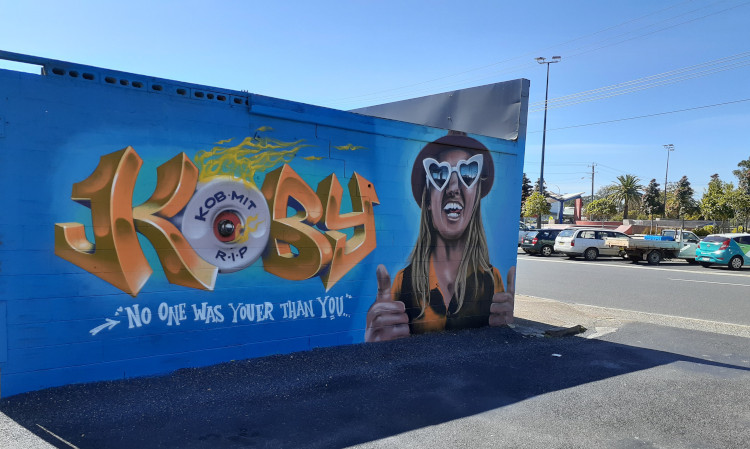 Coffs Harbour City Council is continuing to work closely with the family and friends of a popular and well-known local skater to commemorate his life by creating a dual Gumbaynggirr name for Coffs Harbour Skate Park and providing additional art and skate features.

Friends of Koby Mitchell have worked with the Muurrbay Language Centre in Nambucca to identify a suitable dual name and have identified ‘Gunganbu Park’ as appropriate. Gunganbu (goong-an-boo) means ‘Friend Park’ and highlights what the skate park means to the youth of Coffs Harbour. They have also proposed a short phrase to be displayed under the title which reads ‘maana gunganbu minggiiya’ (mah-na goong-an-boo-ming-ghee-ya) and translates as ‘holding friends in the heart’.

The dual-naming proposal is in line with Council’s Reserve Naming and Memorial Policy and staff will be taking the proposal forward and consulting with relevant language, Indigenous and Elder groups to seek their support and endorsement.

Council has already planted a tree in the skate park at the request of Koby’s friends and the local skater community has donated a new ‘quarter pipe’ to be called ‘Koby’s Pipe’, which is also going to be installed at the park.

Further proposals for the skate park include a mural, temporary panels for public art, hosting an annual skating festival with a youth mental health focus, a monthly Gumbaynggirr cultural sessions with local youth and additional shade elements. These proposals will be the subject of further consideration by Council.

Pictured above is a street art tribute to Koby Mitchell near the Coffs Harbour Skate Park.