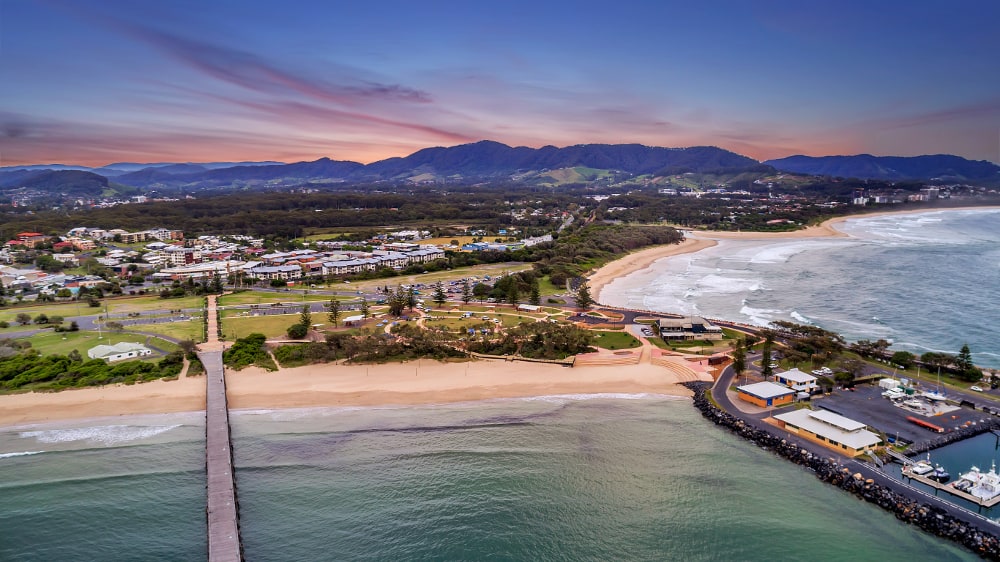 Coffs Harbour has been recognised by the NSW Government as one of four Regional Cities on the North Coast and one that is moving rapidly from being a coastal centre to a key economic, transport and services hub.

A Draft Regional City Action Plan (RCAP) 2036 developed by the State Government for Coffs Harbour is currently out for public consultation until 31 July 2020.

“Overall, the Draft Plan is a very good plan and aligns well with many of Council’s own strategies and aspirations in growing our city as an economic centre that supports strong local employment while providing an attractive coastal lifestyle, but one glaring omission is the lack of reference to culture and cultural facilities in the city centre, which is very surprising,” said Coffs Harbour Mayor Councillor Denise Knight.

“I’m very glad to see that the main point of Council’s own submission for the consultation on the Draft Plan highlights this gap and provides some strong arguments for it to be included in the final Plan. I know that many locals working in the creative industries are also concerned and have got together and put in their own submissions on the lack of cultural references in the Draft Plan.”

The Coffs Harbour Draft RCAP appears to have significantly changed from the version which Council sighted in late 2019, with the removal of references to the Cultural and Civic Space project and the importance of the city centre as the cultural, civic and entertainment heart of the city.

“This is unexpected as it is at odds with numerous NSW Government policy documents that identify culture and cultural facilities as of being significant economic, educational and social wellbeing drivers,” said Ian Fitzgibbon, Council’s Acting Director Sustainable Communities.

Council’s submission highlights the resourcing implications to implement the final plan and is keen to discuss financial assistance and investment – particularly on projects identified by the NSW Government as collaborative partnership opportunities for both levels of government. These include:

The NSW Government’s Draft Regional City Action Plan 2036 is open on the NSW Planning Portal for community input until 31 July 2020 and Council is encouraging residents to put forward their own views.