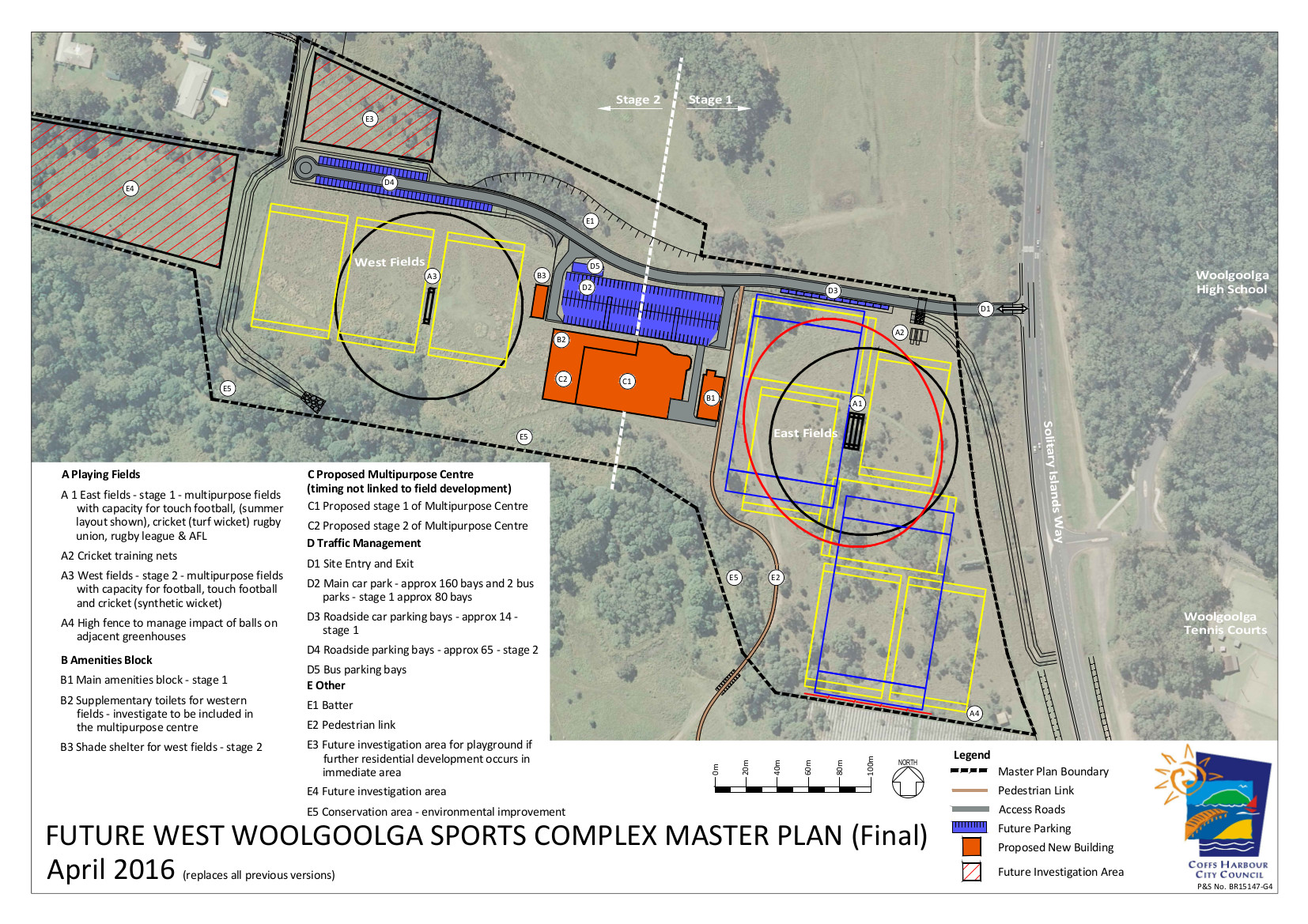 The announcement of a $10m Australian Government grant towards the West Woolgoolga Sports Complex has been welcomed with delight by Coffs Harbour Mayor Councillor Denise Knight.

“This is absolutely fantastic news for Woolgoolga and the Northern Beaches and I’d like to congratulate the local community for their commitment and enthusiasm to this project. Their support and drive – particularly that of the committee led by Alastair Milroy – have been vital in seeing this project come to life,” she said.

“It’s also very exciting to see all three levels of government come to the table and commit to funding this project. It underlines how important we all see this development for the future of Woolgoolga, the Northern Beaches and the wider area.”

The project is forecast to cost $24.7m. Council has provided $6.7m, the NSW Government $8m and the Australian Government has now announced a further $10m.

Alastair Milroy, Chair of the Community Working Group said: “The support from the local community, including their commitment of funds towards the project, has been outstanding. This is a great example of sporting, community and cultural groups working together with Council and government to realise the vision.”

Detailed design, funded by Council, is already well underway. Some site works are due to begin later this year with major construction works to start in early 2021. Construction is anticipated to take two years.

“The West Woolgoolga Sports Complex is going to play a major role in increasing the health and wellbeing of residents of all ages in the area through increased participation levels in sport and active recreation, as well as the social connections that will result,” said Nikki Greenwood, Council’s Group Leader City Prosperity.

“Plus it will provide a safe and inclusive community and sporting precinct that will cater for a wide variety of uses, people and events.”