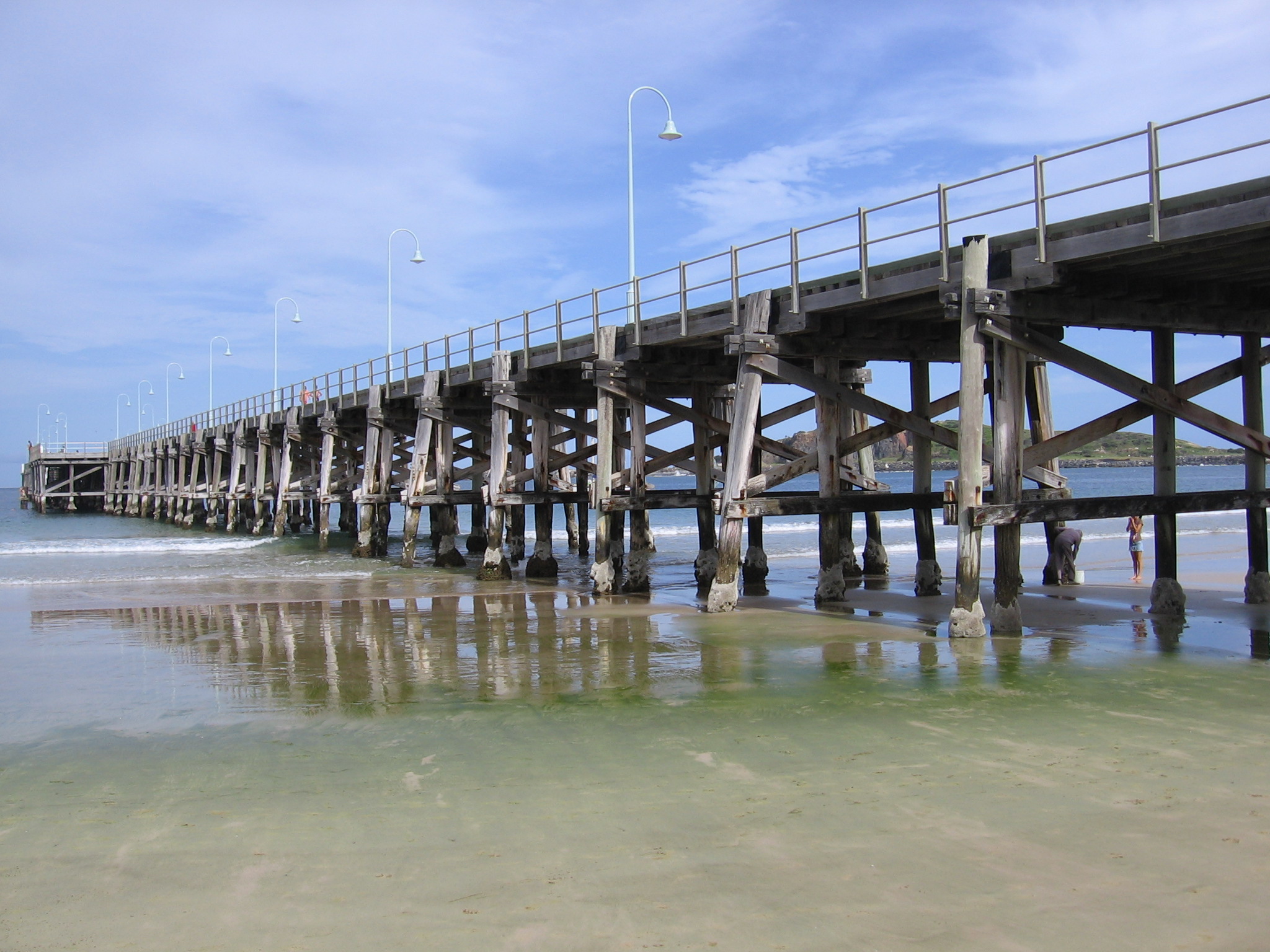 Coffs Harbour’s historic Jetty – the last surviving nineteenth century State Government-built jetty in NSW – is in need of major repairs potentially costing around $16-20m and Coffs Harbour City Council has resolved to seek funding for the works from the State and Federal Governments.

“This unique structure is Coffs Harbour’s most iconic landmark, but its significance stretches far beyond our community and visitors,” said Mick Raby, Council’s Director Sustainable Infrastructure. “This is why we have put it forward for listing by the NSW Office of Environment and Heritage as being of State Heritage Significance and are currently awaiting notification that it has been listed.”

The original Jetty was built in 1892. Since that time it has been widened in parts, lengthened several times, strengthened, narrowed in parts and finally shortened. It is currently supported by approximately 750 piles and is 450m long.

However, a recent review has found that while most major timbers appear structurally sound on a visual inspection basis, some are actually hollowed out by rot and decay. The only reliable inspection technique involves removing decking timbers to reach the underlying structures. Currently, seven of the total 60 spans have already been repaired. The remaining 53 spans need to be replaced within the next 2-5 years.

“I should emphasise that the latest condition report states that the Jetty structure remains safe for its current use as a pedestrian walkway,” added Mr Raby.

Council was initially approached by the State Government to take over responsibility for the Jetty in 1990. The document record demonstrates that Council held significant reservations about accepting this responsibility due to concerns over the structural integrity of the Jetty and the future potential costs of maintaining the Jetty that would attach to Council as the future ‘owner’.

Negotiations between Council and State Government departments took place from 1990 until 2002. Following the extended negotiations, Council finally agreed to accept a transfer of the Jetty, but only on the grounds that:

Councillors agreed to progress plans for the renewal of the Jetty including a detailed design ready for construction, cost estimates, heritage approvals and heritage documentation. They also supported plans to apply for funding for the works from the State and Federal Governments.