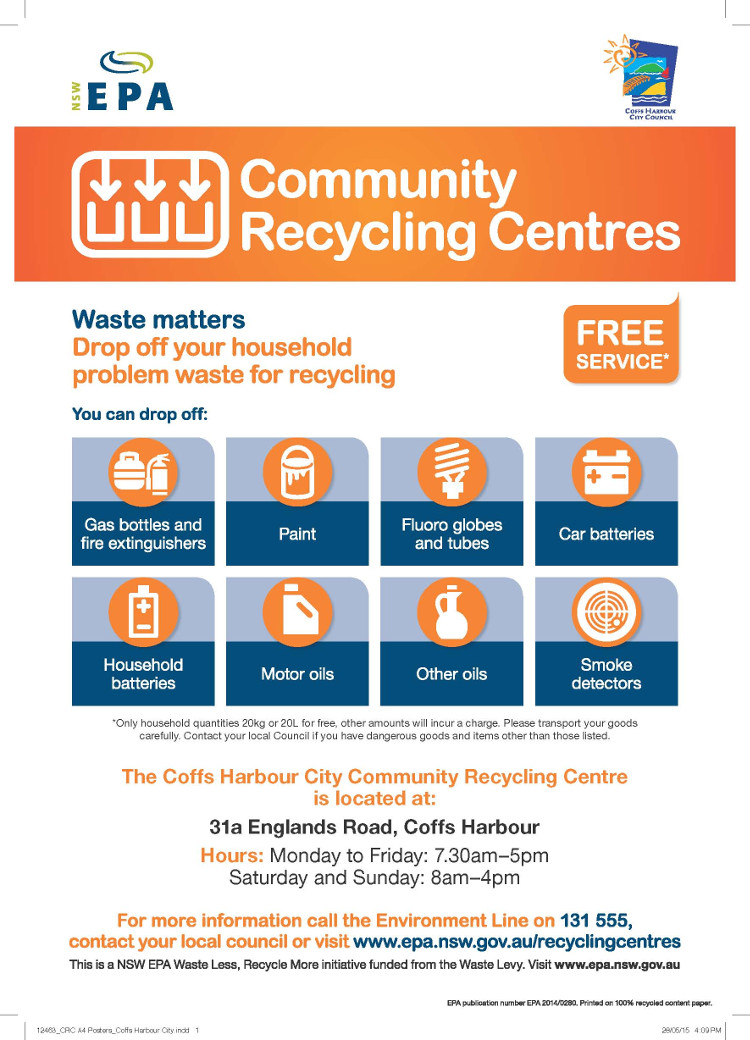 The free drop-off facility for problem household waste at the Coffs Harbour Waste Management Facility in Englands Road has today (December 2) re-opened to the public.

Council would like to thank the community for its patience during the closure.

Such material can be dropped off for free during the opening hours of the Waste Management Facility, seven days a week.

E-waste – such as televisions, VCRs, DVDs, computers – can also be dropped off free of charge at the Englands Road Facility. Household batteries and mobile phones can be dropped off at local library branches in Coffs Harbour, Toormina and Woolgoolga.

The free public recycling drop-off for materials such as cardboard, paper, clean polystyrene, glass bottles and jars, and recyclable plastic and aluminium containers has continued to operate as normal.

Alternatively, enquiries can be directed to Coffs Harbour City Council on 02 6648 4000.