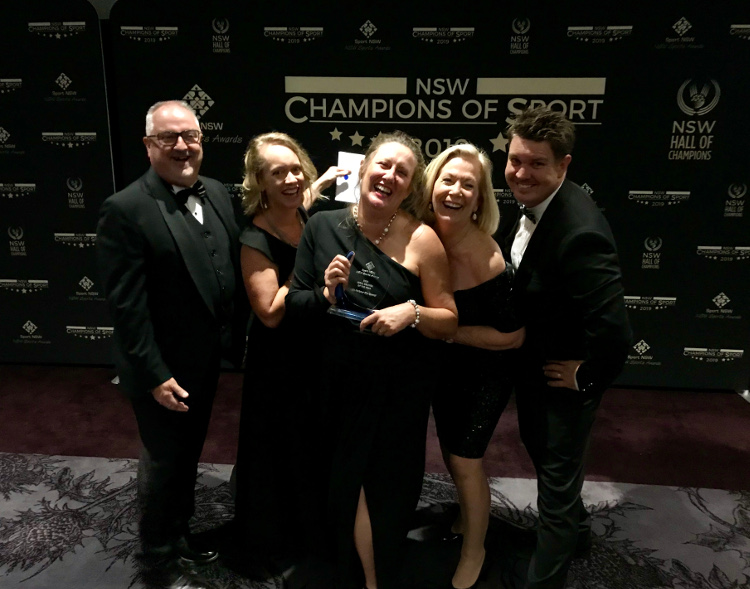 Coffs Harbour City Council has another trophy to add to the cabinet after last night being named Local Council of the Year at the NSW Champion of Sports Awards run by Sport NSW.

“This is wonderful recognition for all the hard work of Council staff throughout the organisation and our amazing volunteers to help promote and support a wide variety of sports, active recreation and healthy living for the community and visitors,” said Coffs Harbour Mayor, Councillor Denise Knight.

Among the achievements that led to the Local Council of the Year Award was the fact that Coffs Harbour had delivered a number of facility upgrades in partnership with sports and all levels of government – and won the IFEA World Festival and Event City accolade for the fifth year in a row in 2019.

“Sport is truly something that brings our community and partners together,” added Cr Knight. “It’s a real team effort and I’m incredibly proud of what we achieve time and time again.”

“At an elite level of course we’ve also just completed the upgrade of C.ex Coffs International Stadium which means we can continue to host large participant sporting events as well as elite broadcast events,” he said. “The Hub building is now the home to four sporting organisations – AFL, Cricket, Football and Tennis – allowing us to work closely in partnership for the entire community.”

Sport NSW is the peak body for sport in New South Wales and promotes best practice in the industry. An important element of this strategy is the awards program which provides a tangible means of recognising outstanding achievements of organisations and individuals within the sporting community. Sport NSW represents the interests of more than 80 State Sporting Organisations and 20 industry bodies.

Collectively NSW Sporting Organisations are responsible for the delivery of sport to an audience of 2.5 million participants annually – ranging in size from 700 members in smaller organisations to 200,000 participants in larger sports.