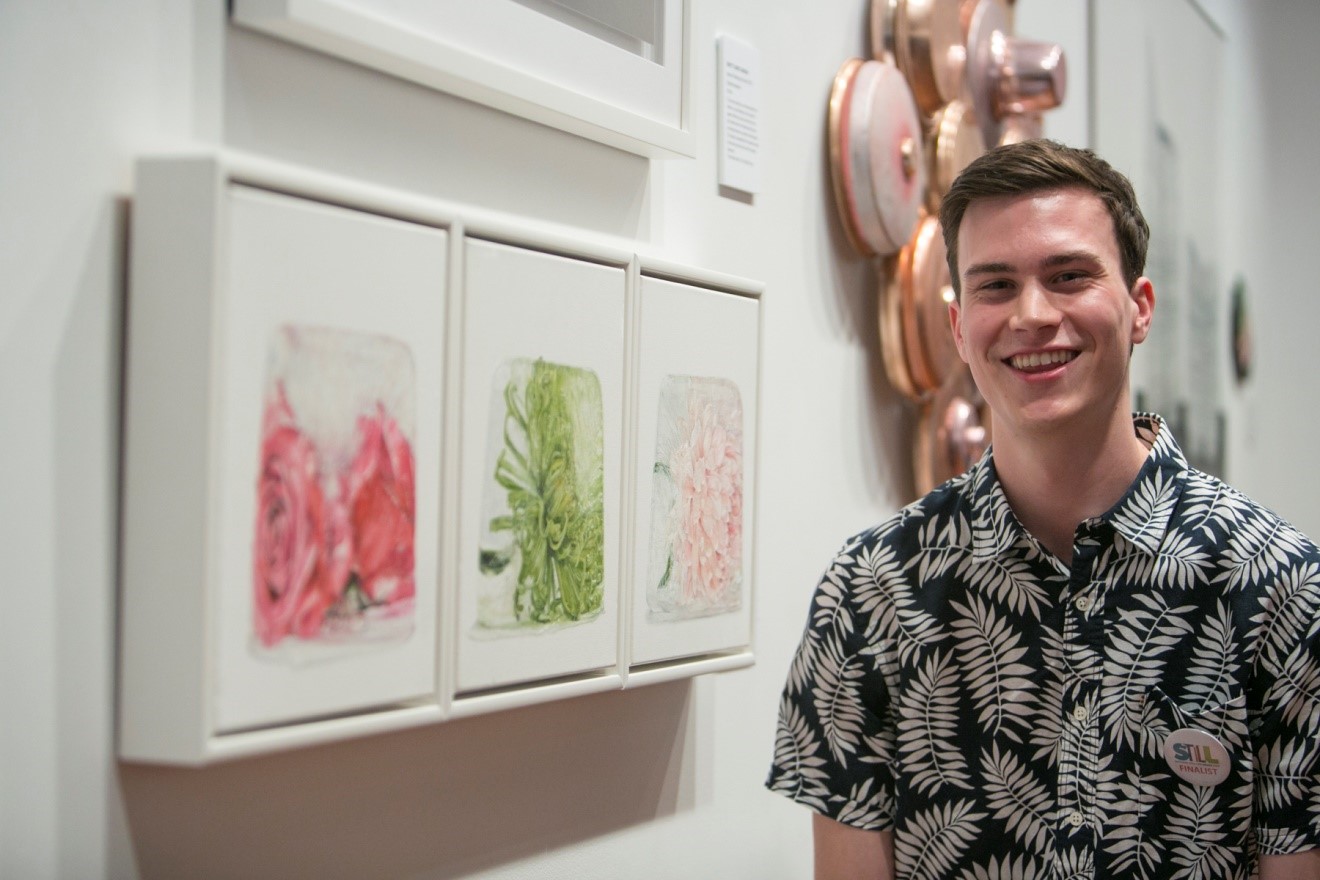 The $5,000 prize for the 2019 STILL: National Still Life Award’s People’s Choice has been won by Ben Fayle from Sawtell.

It’s the second time Ben has won the STILL People’s Choice award, which he won jointly in 2017 with Sydney photographer Greg Weight.

His work ‘Rose, Disbud Chrysanthemum and Dahlia’ is an oil painting depicting flowers frozen in blocks of ice. This alternate view underlines the idea that time passes too quickly and we can appreciate the beauty of each flower for longer by freezing them.

“I’m so happy with the overwhelming support from the local community, for not only my work but everybody else’s as well,” said Ben, an emerging artist who has become a familiar – and very successful – face in the local arts scene in recent years. He plans to use the prize money to create more new works.

59 works were selected as finalists for STILL from a total of over 750 entries for the Award, which is open to all forms of still life artworks.

The winner of the $20,000 overall prize was Kelly Austin from Hobart, Tasmania. The winner of the People’s Choice prize at the STILL Salon exhibition in Coffs Central – which showcased the entries of 36 regional artists – was announced last week and was Polly Wells of Bellingen.

NSW Minister for the Arts Don Harwin, who was present at the announcement of the overall winner in October said: “I take my hat off to the exceptional talent that has come together for this exciting exhibition. This exhibition is not to be missed and I encourage everyone to visit before the end of November.”

Entries from all states and the ACT are represented in the STILL finalists exhibition at Coffs Harbour Regional Gallery. They include painting, drawing, photography, printmaking, ceramics, glass, sculpture, video, printmaking and textiles. The exhibition is open until November 30 2019.

Pictured above is Ben Fayle with his work ‘Rose, Disbud Chrysanthemum and Dahlia’