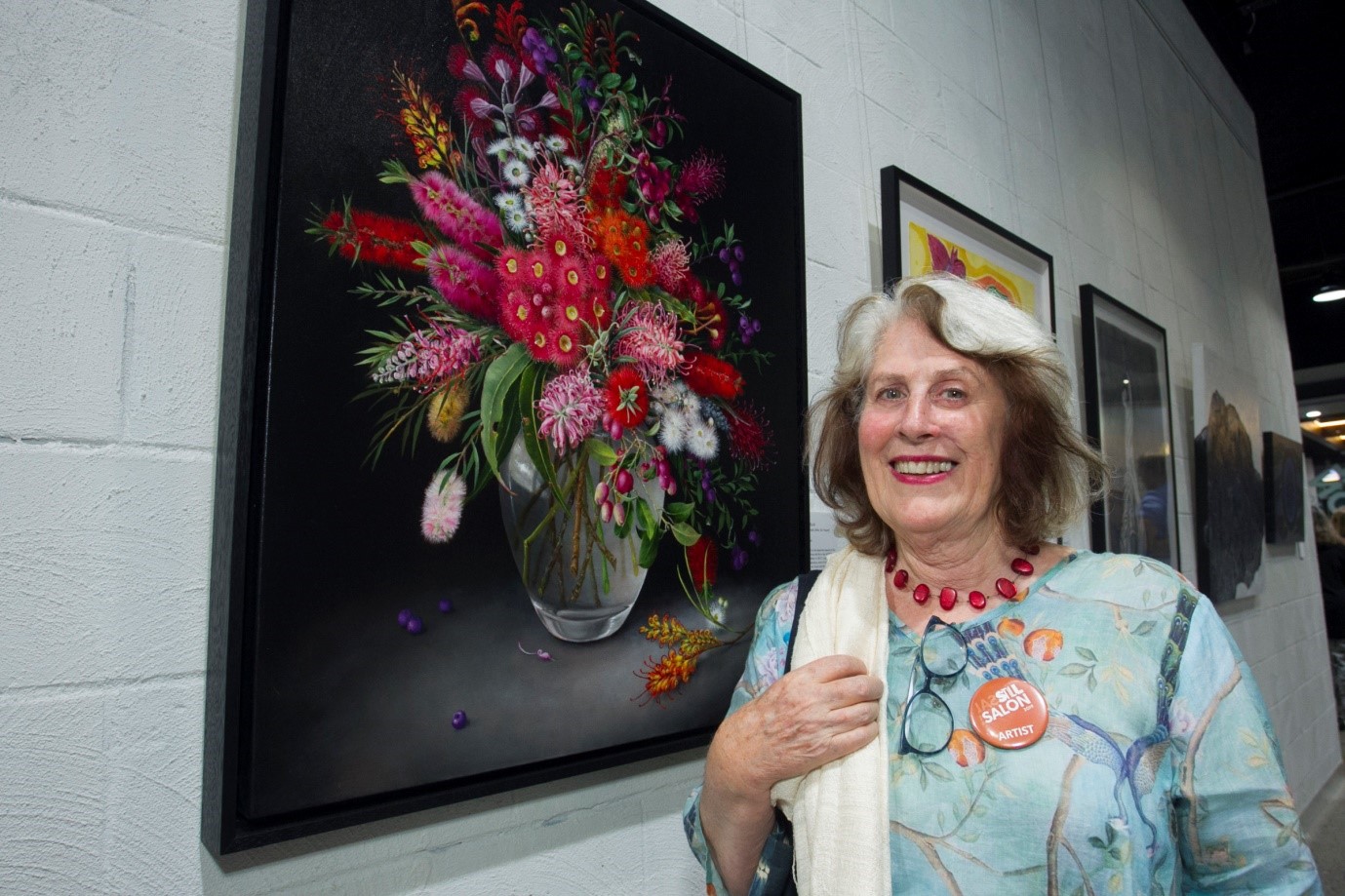 Her work ‘Flora Australis (After De Heem)’, an oil painting of a vase of flowers inspired by the 17th century works of the Dutch Golden Age – but featuring Australian flora – was the standout favourite of visitors to the Still Salon in Coffs Central.

“I am delighted to have won the People’s Choice Award, and that people have appreciated the work I’ve put into creating this painting,” said Polly, who received a prize of $2,000.

Having the Salon – which was generously provided by Coffs Central – has given many more people the opportunity to see the high quality of the North Coast region’s artistic talent. It has also meant that many of the exhibiting artists, who have been staffing the Salon, have been able to connect with visitors.

In total, 36 artworks by local artists from Byron Bay to Port Macquarie have been on show. Works included painting, drawing, photography, printmaking, ceramics, sculpture, and textiles.

“It’s been fantastic to see the large numbers of people attending the Still Salon,” said Gallery Curator Jo Besley. “In the first week alone, over 1,000 people of all ages and walks of life visited the exhibition.”

The Still Salon is presented in association with STILL: National Still Life Award, the signature program of Coffs Harbour Regional Gallery – a nationally-important prize for artworks in the genre of still life, in all mediums, held every two years.

The exhibition is open at the Coffs Harbour Regional Gallery Annexe on Level 1, Coffs Central until November 2 2019.

Polly Wells is pictured above with her winning entry.