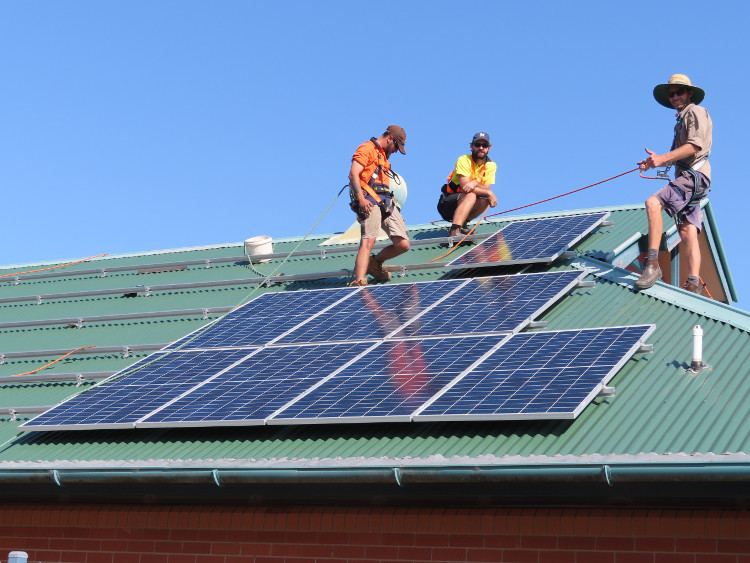 Work has begun on the first sites chosen for Council’s major solar energy push to help reach its target of using 100% renewable energy as an organisation by 2030.

Woolgoolga Library and Council’s Woolgoolga Depot are the first buildings to have solar panels fitted under the ‘Powering Ahead’ project and work is due to start this week on Woolgoolga Beach Holiday Park. Once that is completed, installation will begin on the Coffs Harbour Community Village, Sawtell Beach Holiday Park and Toormina Library.

In all, 16 Council facilities will be part-powered with solar energy through this project, which is part of the Coffs Harbour Renewable Energy and Emissions Reduction Plan.

The targets set by the Plan include:

Local companies Solar Depot and Enesol are undertaking the installation and management of the work. Once completed, the cost of installation will be recouped in five years through the savings made on Council’s annual electricity bill.

‘Powering Ahead’ is expected to be completed by mid-2020.