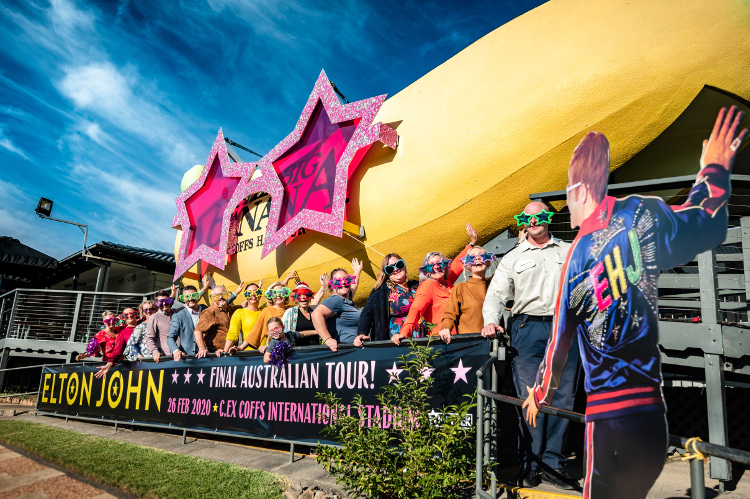 Coffs Harbour has once again won the globally-acclaimed International Festivals and Events Association (IFEA) World Festival and Event City Award – the fifth year in a row.

The award means that in 2019 Coffs Harbour has been ranked equally alongside cities such as Philadelphia, Sydney, Rotterdam in the Netherlands and West Palm Beach in Florida for the quality and variety of its annual events.

“Attracting visitors to the region through the events and festivals we host is a primary goal of Coffs Harbour City Council. Annually, we see many millions of dollars pumped directly into our local economy from the hundreds of thousands of visitors who come to the city and region for such events,” said Coffs Harbour Mayor, Councillor Denise Knight.

“The city is seen right across Australia as the go-to regional destination for major national and international events. Winning the IFEA Award for an unbelievable five years in succession is going to further cement our reputation globally – which means that the real winner will be the community.”

The work of Coffs Harbour’s community in encouraging the success and growth of festivals and events was a key reason why an international panel of experts again selected the city for the award.

Daniel Heather, Council’s Section Leader Stadium and Major Events, emphasised that the award was not just Council’s – it was recognition for the whole community and its role in creating an environment in which events and festivals can flourish.

“The entire basis of the IFEA awards is that they are all about highlighting communities that work together to create successful festivals and events,” he said. “This is why this accolade is very definitely for the whole Coffs Harbour community – the local groups, organisations and individuals who get together to develop and run events, the business sector that supports them through sponsorship and the different levels of government that provide funding and assistance.

“A focus of the Strategy is to ensure that the region creates a well-balanced calendar of events throughout the year to maximise the gains to the community.

“The new-look C.ex Coffs International Stadium can only help us build and grow on the events we already host and gives us a massive advantage in attracting bigger, better and fantastic new events for the entire Coffs Coast region.”

To see upcoming events on the Coffs Coast go to www.coffscoast.com.au

For more information on the International Festivals and Events Association (IFEA) and its Awards, go to www.ifea.com