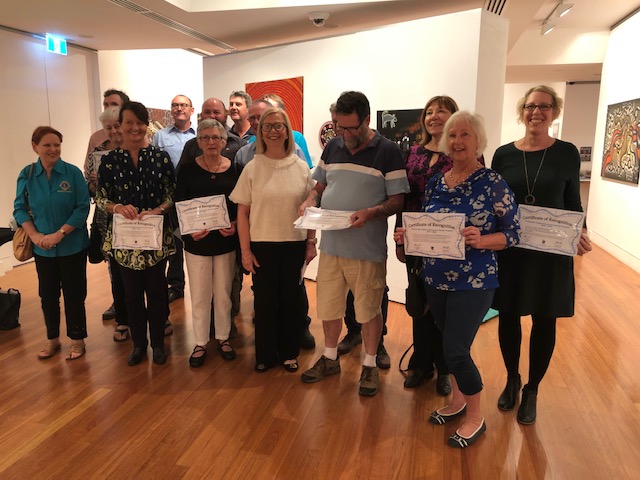 Nine local sports clubs and eight community groups are the big winners in the latest round of Council’s Community Capital Infrastructure Grants Program sharing a total of $325,300.

They include Hockey Coffs Coast Inc which was successful in receiving a grant of $70,000 from Council to add to funds of $200,000 the club had previously received from Australian Sports Community of Sport Infrastructure Grants. This money will allow the club to build a kiosk and meeting room at the Coffs Harbour Hockey Complex.

Similarly, Coffs City United Football Club has a major upgrade in progress at Forsyth Park (McLean Street). The ground is an accessible, central sports field in an area of Coffs Harbour that is experiencing population growth and an associated rise in demand for quality sporting facilities. Council has been building a new toilet block at the site. Once this is completed, the Football Club plans to turn the old toilet block into change room facilities with private cubicles, a baby change table and safe flooring. The Club received $32,828 in funding from this latest grants round towards the project.

Mid Coast Communities was also successful in receiving a grant of $64,700 towards further renewal works worth $129,400 at Toormina Skate Park. Council and Mid Coast Communities have previously worked together to repair and resurface the skate park, improve lighting and begin the installation of CCTV cameras. This latest funding will complete further upgrades to the site, including the creation of an additional plaza-style skate area, connecting footpaths, platforms, stairs, planting and a noticeboard. By beautifying the area, it is hoped that the skate park will be used by more people, resulting in a reduction in anti-social behaviour at the skate park and a greater sense of community. Young people will be involved in the project design and in activities such as a community art project on the tables surrounding the skate park.  The improvements have already seen positive results with more people and families using the facility.

“These grants always show what a lively, engaged community we all have the joy of living in,” said Coffs Harbour Mayor Councillor Denise Knight. “There’s so much going on at the grassroots level to improve our whole way of life. The members of these groups who put so much work and commitment into achieving better facilities deserve an enormous round of applause. They’re all legends.”

Pictured: Gumnut Preschool received a grant to help them renovate their bathroom.