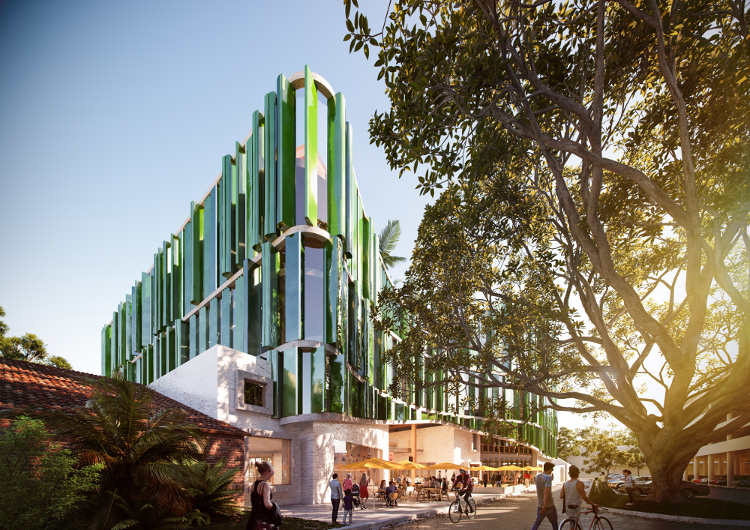 Coffs Harbour Mayor Councillor Denise Knight has responded to the many misunderstandings and deliberate misinformation being put about regarding the Cultural and Civic Space Project.

“Very few would dispute the fact that our region needs a new, state-of-the-art library and gallery. These are important, and I would say, invaluable assets for a growing community. Most importantly, this is about our young people and the whole community.

“It’s not just Council saying so either. A key message from the development of the City Centre Masterplan in 2013 was the community’s desire for better cultural facilities in the city. Also, a Community Survey in 2014 confirmed that people wanted an expanded library and art gallery as their top priorities.

“As we followed through on the City Centre Masterplan, Council found a potential site for the new library and gallery in 2016. The extensive Precinct Analysis undertaken at the time, including independent input, confirmed the City Centre as being the ‘Heart of the City’.

“At that time, the community based Library Gallery Planning Advisory Group proposed that the new building also include Council accommodation. They proposed this because the current offices are at the end of their useful life and including Council facilities would add to the vibrancy of the new facility.

“We didn’t just accept that and move forward. We then looked at a number of options for providing Council office accommodation at various existing locations. These were carefully evaluated and included in the preparation of the Cultural and Civic Space Concept Business Case. And including them at the Gordon Street site was the more efficient and effective solution. Other options for upgrading the current office facilities were evaluated – but they were found to cost more than what’s being proposed.

“It also needs to be made clear that expanding the library into the existing art gallery space still only leaves us with a library that would be half the size that it should be for our population – according to the State Government’s own guidelines.

“The City Centre Masterplan Committee endorsed the addition of Council offices and the revised project was adopted at the May 2017 Council Meeting. We have been moving forward since then.

“At every critical step, the community has been consulted. Just as you were during the initial development of the City Centre Masterplan.

“Now we find ourselves in 2019, when in May Council unveiled the schematic design for the proposed Cultural and Civic Space.

“The design – which illustrates the co-location of library, gallery, museum, co-working and community meeting/gathering places and Council administration – was well received by the community members who left feedback.

“It wasn’t just the design that was available for the public to see, funding for the project was made clear too.

“Council developed a business case for the Cultural and Civic Space. Which indicated a total project cost estimated at $76.52m. This is a figure that is based on forecast 2022 costings because we took into account the continually rising cost of construction which again minimises any possible future cost blowouts.

“This cost will be offset by $20m in asset sales – the sales of Rigby House, the current Council Chamber building, the Museum and buildings in Rose Avenue. The $20m estimate was provided by independent valuation. In addition to sales revenue, a further $10.5m from internal cost-saving reserves will be used.

“Which brings the net cost of any possible borrowings required to $46.02m over 30 years. Currently, interest rates are at all-time lows and we can access rates fixed for 20 years at 2.6%.

“Council is actively pursuing Federal and State grants to reduce the $46m borrowings. It’s correct that Council does not have grants at the moment, but we will continue to apply as we do for the majority of our projects.

“This Cultural and Civic Centre project is our opportunity to make a significant mark as a forward-looking city worthy of business and tourism investment – and that means more local jobs.

“It’s time to start thinking about the future and what’s best for our young people and the whole community.”