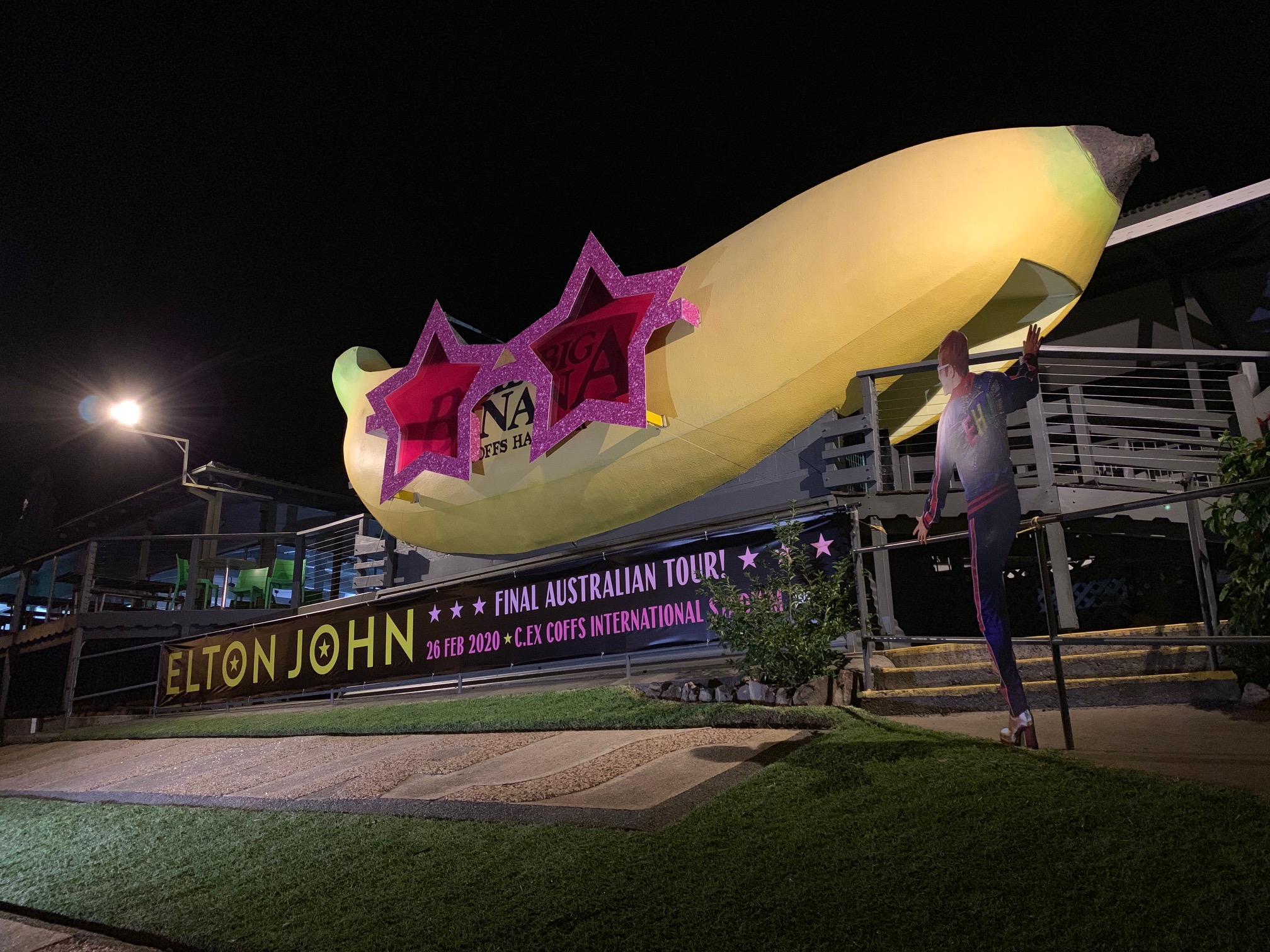 Coffs Harbour – get your glitter on for a once-in-a-lifetime opportunity to welcome the true entertainment superstar that is Sir Elton John to C.ex Coffs International Stadium in 2020.

“I still can’t believe it. I was almost speechless when I heard,” said Coffs Harbour Mayor Councillor Denise Knight. “Elton John – here – in Coffs Harbour. What a stunning night it’s going to be.

“Whether you’re a lifelong fan or someone who just enjoys singing along to his hits in the car, you have to be amazed and delighted at this incredible chance to see and hear Sir Elton live here in our own back yard.

“I’m not even sure I need to spell out that this absolutely underlines the fact that the Coffs Coast continues to build on its national reputation as a top destination for all kinds of major events on the east coast.  The international exposure for the Coffs Coast destination, as well as the direct economic benefit to the entire community, will be enormous.  We are thrilled that Sir Elton John has chosen to come and play here and I cannot wait to welcome him to town.

“Working alongside leading Australian promoter Chugg Entertainment, I know the Council team and Coffs Coast community will ensure this event is one of the most memorable in recent history and for many years to come.”

“The Stadium is not a traditional concert venue, but this once-in-a-lifetime opportunity was one we were not going to turn down,” said Daniel Heather, Council’s Section Leader for Stadium and Major Events.  “Working closely with the events and green-keeping team, we have a solid plan of preparation, renovation and recovery planned to ensure that the event will take place without any effect on our major annual events at that busy time of year.”

Promoter Michael Chugg, Executive Chairman of the tour promoters Chugg Entertainment said: “The Coffs Coast should get ready to welcome one hell of a showman in February next year, as the very first musician to perform at C.ex Coffs International Stadium.

“The Coffs Coast won’t know what hit them, and I bet Elton will have a bit of fun with that too…!

“We’ve had massive demand for tickets, so we’re encouraging fans to get in quickly. This show is an absolute must-see for everyone.”

For all event information for locals, visitors and businesses wanting to engage with the event, go to www.coffscoast.com.au/eltonjohn