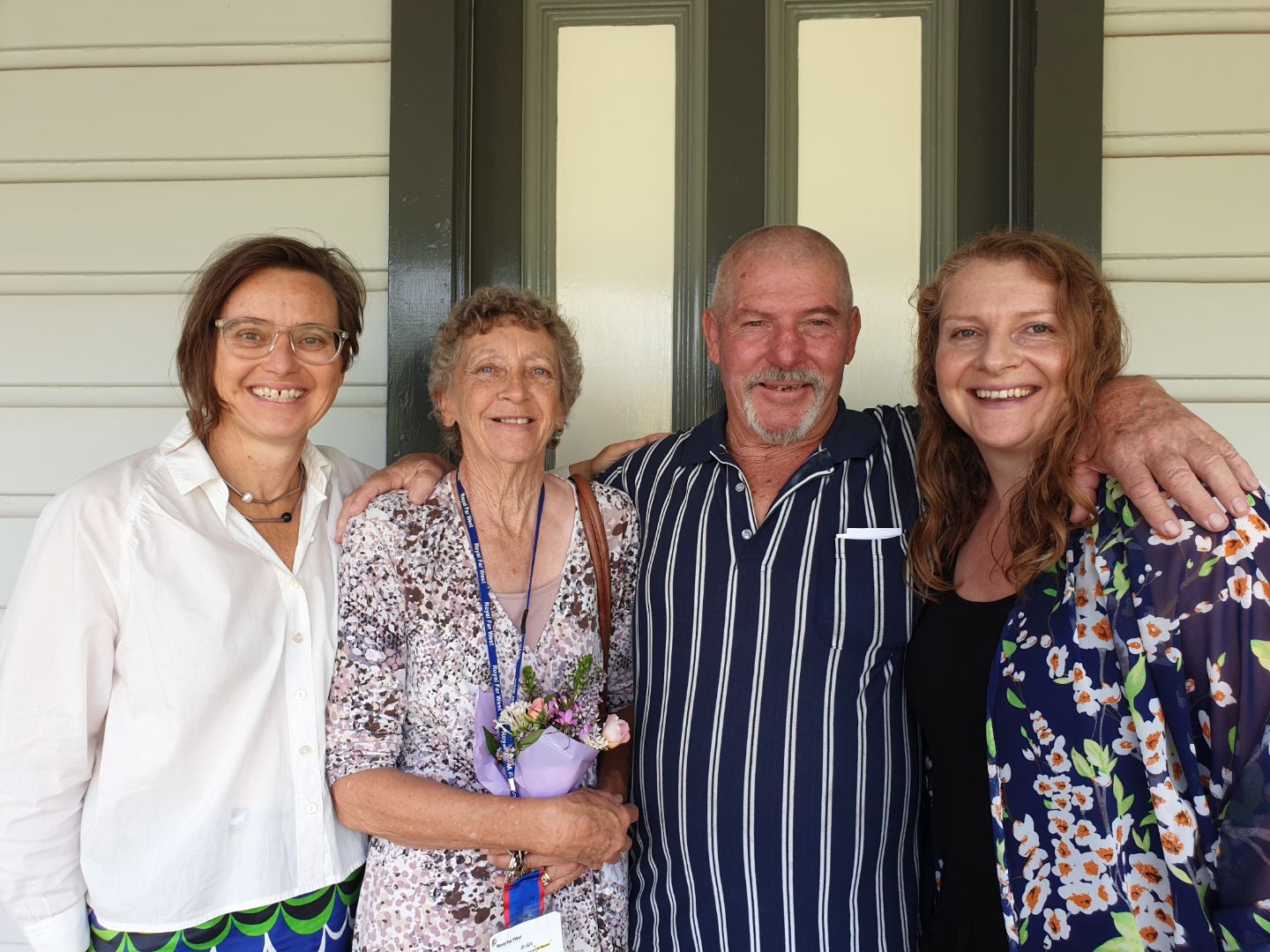 A new exhibition highlighting 70 years of the work of the Royal Far West Children’s Health Scheme in Coffs Harbour opens at the city’s Regional Museum on Friday, March 22 with a ceremony for many current and past volunteers, and the families they have helped.

‘Small in numbers, but large in heart: 70 years of Royal Far West in Coffs Harbour’ looks back at the work of the charity that provides country children with access to specialist medical and allied health services.

It features stories of kids who were deemed ‘untreatable’ in less understanding times and faced lonely lives of exclusion from daily life, but who had those lives turned around with assistance from the Royal Far West.

“Many of the families assisted by Royal Far West became committed volunteers and their stories feature prominently in the exhibition, including a family with five generations of involvement,” said Museum Curator Jo Besley.

Local residents formed a branch of the charity on March 24th 1949 and it has had a presence in Coffs Harbour ever since.

“For seven decades, the Coffs Harbour Branch has raised funds and worked with local health practitioners to provide free health services to thousands of local children and their families,” added Ms Besley. “We’re very excited to be welcoming many of the former Far West members and volunteers to the exhibition opening where several local branch members will receive formal acknowledgement of their lifetime contribution.”

Included in the displays will be the extraordinary efforts of volunteers like Betty Trustum (Royal Far West Welfare Officer in the 1950s and 60s) who found and assisted numerous kids in our community in desperate need of healthcare. Plus people like Joyce Ryan who baked hundreds of batches of lamingtons to raise funds.

The branch has operated an op shop since 1963 which had humble beginnings in the garage of volunteer Elsie Brooks. In 1989, it moved to premises in Murdoch Street, then to its current home in Moonee Street.  The op shop is the most visible aspect of Royal Far West’s activities, but the local branch has undertaken many different types of fundraising over the years, including street stalls, button days and bazaars.

‘Small in numbers, but large in heart: 70 years of Royal Far West in Coffs Harbour’ will run until May 11 2019 and is a partnership between the Museum and Royal Far West.