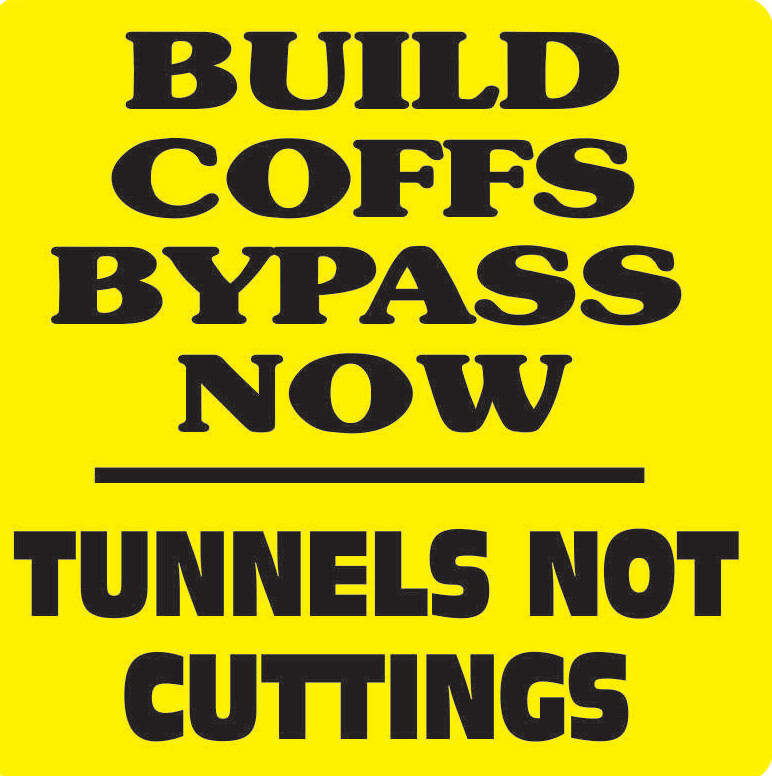 As you know, Council launched a Build the Best Bypass campaign last week. Since then I’ve been asked quite a few times – why are you running a campaign when the State Government says tunnels are back in the design? Well there are a number of reasons.

First and foremost, no one has seen an iron-clad guarantee in the form of a new design for the bypass accompanied by an official, fully-costed plan. We’ve heard a lot of election promises, but no new design, costing or even an artist’s impression, has been produced.

Plus pre-election promises are just that – promises.

On March 23, there will be a NSW State Government Election. Until the results of that election are known, we don’t know who will hold power in that government – and who ultimately will be making the decision on the bypass of Coffs Harbour.

Yes, we’ll have a new State Member, but will they be part of the party in power? Even if they are, it’s very unlikely that they will immediately be appointed the NSW Roads Minister with the power to direct the design of the new bypass.

So, what Council is doing is continuing to do what we always do – be an advocate for the community of Coffs Harbour to make sure that we are not ignored or forgotten. And just to be clear, to date we’ve spent $25,000 on the campaign from Council’s existing advertising budget – money we wouldn’t have had to spend at all if the State Government hadn’t changed its mind on the bypass design.

I’ve already spoken to many of the candidates running in the election who have got in touch – and my door is always open to anyone who hasn’t yet reached out – because we need to make the case for Coffs Harbour to all the people who are hoping to be elected. I’ve also spoken to representatives of some of those parties.

Every time the message I am giving them is that Coffs Harbour deserves the best bypass we can get. We’re not a second-class community. We deserve the best.

One of our biggest concerns is that the proposed cuttings could destroy Coffs Harbour’s treasured ‘green cradle’ – the foothills of the Great Dividing Range that wrap around our city. Cuttings would smash through that landscape leaving enormous gaps in the city’.

The State Government’s own bypass report in 2008 also noted several other risks from large-scale cuttings – the depth of excavation needed, the large volumes of surplus fill produced, negative urban design outcomes and no clarity on cost.