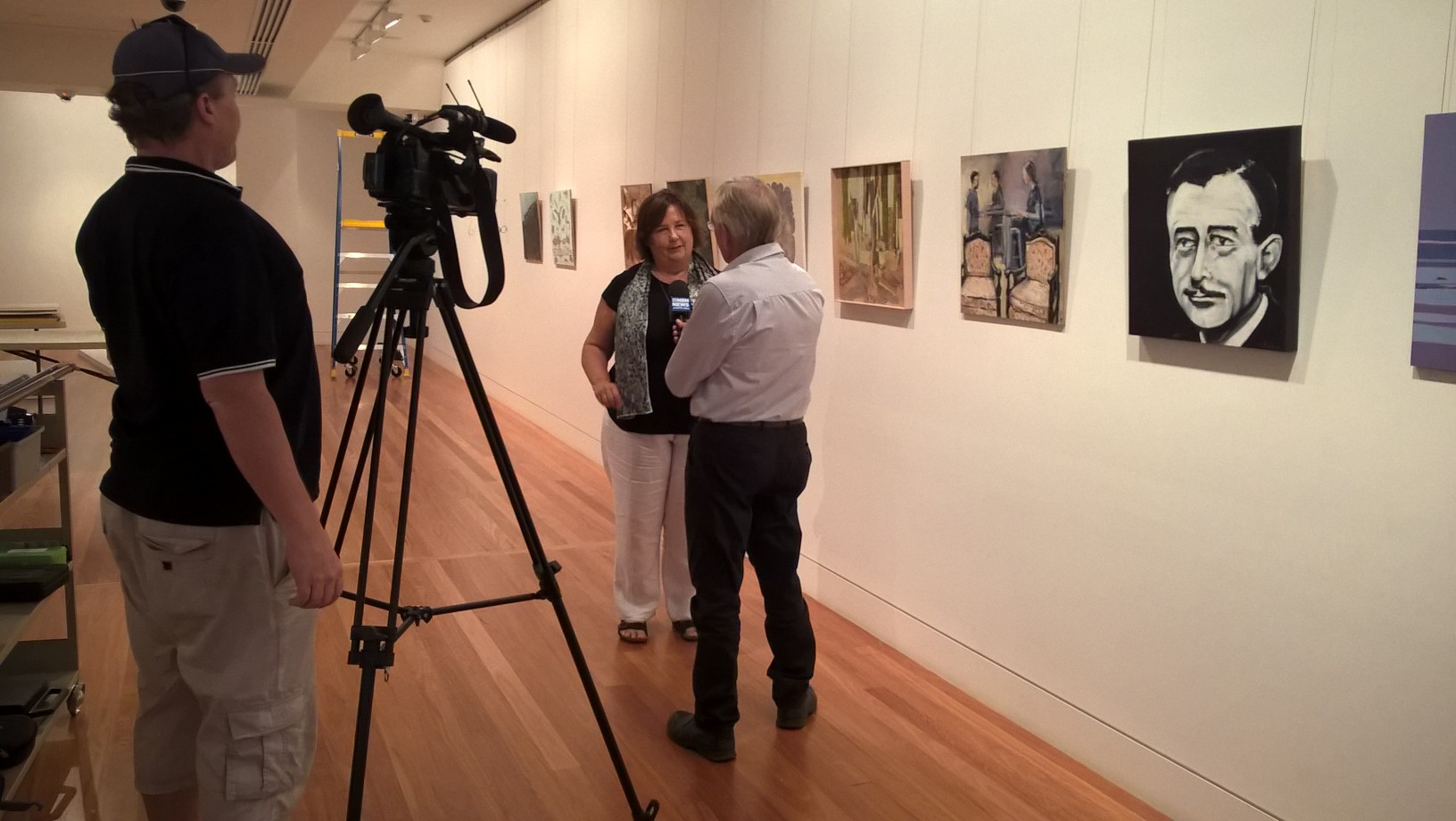 Local artists and local businesses have come together at the Coffs Harbour Regional Gallery in an innovative showcase of 50 new artworks sponsored entirely by the Coffs Coast business community.

‘New Year: New Work’, which is opening on Saturday, February 2, features 50 brand new works which were each sponsored by 50 local businesses – an idea brought to fruition through the hard work and support of the Friends of the Gallery.

“Each artist was given a 50cm by 50cm square piece of plywood and free rein to create a new piece. I believe visitors will be delighted by the talent and ingenuity on show. The local artists involved work in many mediums and are at various stages of their careers, some are emerging while others have national reputations,” said Jo Besley, the Gallery’s Curator. “In its scale and scope, the exhibition underlines just how important local artists and creatives are to the economy and social landscape of the Coffs Coast community – which is timely as we move forward with our new Cultural and Civic Space.”

With over 50 businesses taking part, the new exhibition will raise significant funds for the Friends of the Gallery so they can continue to support the acquisition of new works or assist with exhibitions and events such as ‘STILL: National Still Life Award’, coming up later in 2019.

(Pictured above is President of the Friends of the Gallery Heather McKinnon being interviewed by Dennis Driver of NBN Television).

At the same time, a separate experimental installation, ‘Work in Process’ will also be on show. In this, a painter, a photographer and an arts therapist – co.lab.arts – have come together to work collaboratively on a project. The resulting exhibition includes photographs, working journals, paintings and sculptures created by the three Bellingen artists Ruth Ackary, Jay Black and Karlee Rawkins. 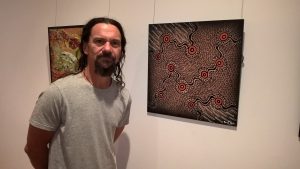 Artist Brentyn Lugnan and his New Year New Work artwork which is featured in the show.