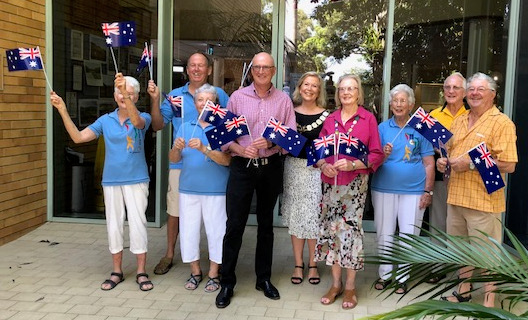 This year nine local heroes have been recognised for their achievements and community spirit in the annual Australia Day Awards.

The ceremonies will be held from 8.30am as part of the Saltwater Freshwater Festival – a showcase of the best of the old and the new in regional Aboriginal culture.

The free, all-ages Festival will be a waterfront event – taking place for the first time on Coffs Harbour’s landmark Jetty Foreshores – amid the culturally significant Gumbaynggirr sites around the harbour.

Headlining the music program are Queensland duo Busby Marou and 2018 ARIA-nominated singer-songwriter Emily Wurramara, with more acts to be announced shortly. Also on the main stage will be finalists from the Made Deadly open-mic series, which has travelled around five community regions unearthing Aboriginal musical talent. Plus there will be Aboriginal cultural stalls, workshops including dance, art, weaving, canoe-making, didgeridoo playing and language and a food market with stalls offering cuisine from around the world.

For more information about the Saltwater Freshwater Festival, head to http://www.saltwaterfreshwater.com.au/