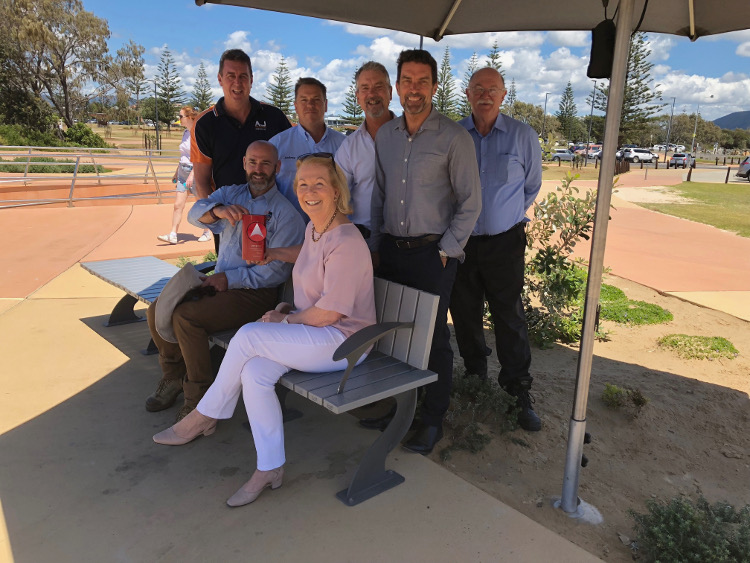 “I’m absolutely over the moon about this award,” said Coffs Harbour Mayor, Councillor Denise Knight. “The IPWEA is the absolute peak public works organisation and for them to choose the Jetty4Shores Project is fantastic.

“We have always been confident that the quality of the design and its construction has been second to none – and we’ve now had state-wide recognition for the works from our peers and engineering experts.

“I’m extremely proud of all those involved in the project – particularly the community which worked closely with Council to achieve a result that is now the envy of many other communities throughout NSW.”

The Jetty4Shores project was the result of a long period of vigorous community consultation that began in 2013. Construction of Stages 2-4 began in April 2017 and was officially opened in October 2017. The Australian Government contributed half of the $9.2m cost through its National Stronger Regions Fund. Construction was carried out by local company AJ Civil.

The project design came up with innovative solutions to deal with beach erosion and drainage, while at the same time creating an accessible, family-friendly and welcoming space to showcase the city’s iconic harbour side precinct.

Pictured are the Mayor with the IPWEA Award and members of the Jetty4Shores team. Left to right – Alan Johnson of AJ Civil, the contractors for the project, and Council staff Mat Naylor, Andrew Gray, Damon Leach, Glenn O’Grady and Geoff Newton.