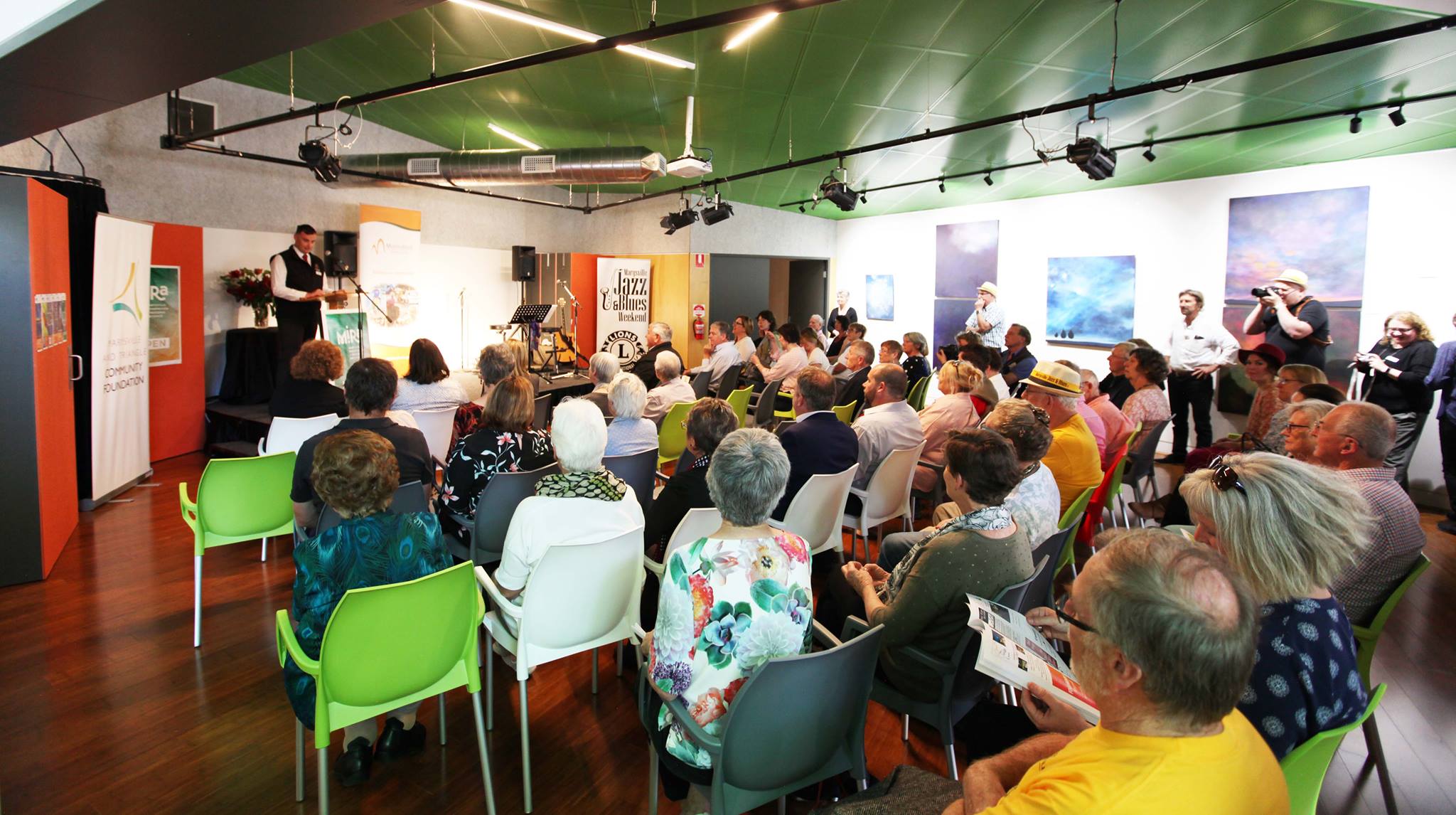 The Coffs Harbour community has been thanked for its generosity today at a ceremony to mark the opening of MiRA – the new Marysville Information + Regional Artspace – in Victoria which was built using funds donated following the devastating Black Saturday Bushfires of 2009.

Shortly after the scale of the disaster became known, Coffs Harbour City Council established an appeal fund at the request of Russell Crowe and with the support of his friend, Australian basketball great Luc Longley.

Since 2009, the Federal Government, Victorian Government, Murrindindi Shire Council and local residents have worked through a number of proposals to find an appropriate and long-term use for the funds. During that time, they have been held in Trust by the Bendigo Bank Community Enterprise Foundation on behalf of Council.

The final result was MiRA – developed in consultation with Murrindindi Shire Council, community arts groups and the Marysville and Triangle Business and Tourism Inc. (MTBT Inc.) – which has transformed the former Rebuilding Advisory Centre into a community and tourism hub that combines a gallery, museum, retail space for local artisan wares and produce and performance and meeting spaces.

MiRA was officially opened today and Coffs Harbour Mayor Councillor Denise Knight sent a message on behalf of the Coffs Harbour community in which she wished the people of Marysville the best for the future.

“All those from the Coffs Harbour community who donated to the ‘Russell Crowe, Luc Longley & Coffs Harbour City Council Community Centre Bushfire Appeal Trust’ will be delighted to know that they have contributed to the establishment of what will be an exciting and vibrant space for your community and visitors.

“Marysville was forever changed in 2009: it will never be the same community it was before the fires, but it is now a new community and one that is characterised by resilience and togetherness.”