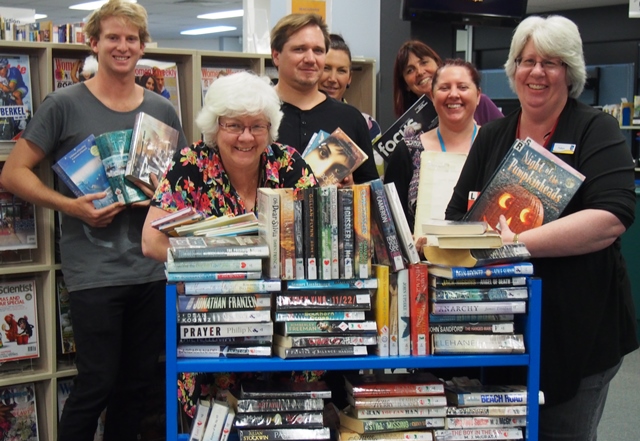 Coffs Harbour City Council has joined other local councils in a united effort across NSW to call on the State Government to double its funding to help fill a shortfall that threatens the long-term viability of local public libraries.

“Our public libraries are at the heart of our communities and valued places where people meet, access knowledge and share ideas,” said Coffs Harbour’s Deputy Mayor Councillor Tegan Swan. “Providing high quality and popular library services is a job we take very seriously and that’s why we’re proud to support the Renew Our Libraries campaign.”

The campaign was sparked by the NSW Government’s move to reduce public library funding by 18% in its budget earlier this year. The government later announced a $60m new funding commitment, which would increase library funding over a 4 year period per head of population from $1.85 to $2.85 by 2022/23. However, the budget implications for the Coffs Harbour library service of the current State budget and the details of the new funding commitment is still unclear.

“Every year local councils like ours contribute over $314m to support over 360 libraries while the NSW Government currently provides only $23.5m in recurrent funding, a vast difference” said Cr Swan. “In my opinion, this is an unbalanced burden for us to bear, particularly when local councils’ much smaller budgets are already stretched.

“At around 7.8% of total funding, the NSW contribution to libraries is the lowest in Australia, despite the fact that yearly visits to NSW public libraries increased from 27 million in 2000 to over 35 million in 2017. It’s time we encouraged the NSW Government to contribute a more substantial amount as, I feel, it’s only fair.”

Cr Swan added that local library services could be affected if the NSW Government did not increase funding. “We want to continue to help students studying, people using library Wi-Fi and computer services, children getting their first experience of the wonders of reading and older library users who enjoy the social, as well as recreational side of the library.

“This is why we’re calling on all those with the ability to effect change to urgently address this funding shortfall in NSW public libraries by doubling recurrent funding and creating a sustainable funding model that will be set to increase every year. We’re asking everyone who cares about their local library – and every member of the community – to get involved by signing the petition and let our NSW Government know how much we value our local libraries and that we need their support to continue to have them as such valuable and loved community assets.”