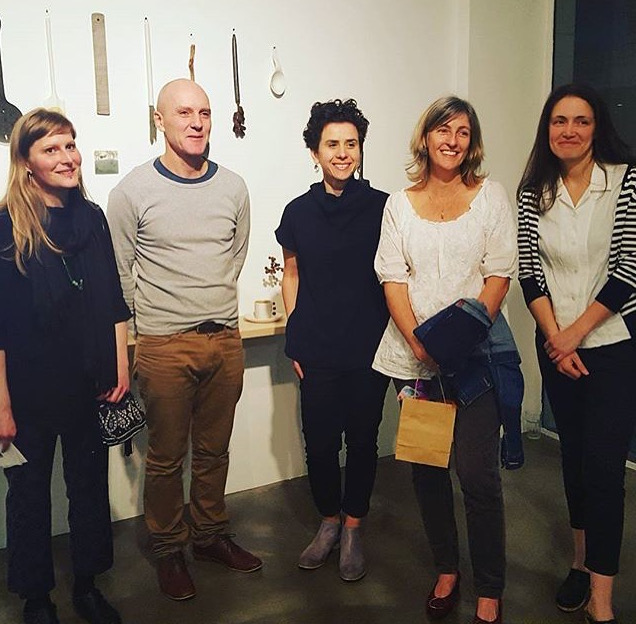 Coffs Harbour Regional Gallery’s Coordinator Cath Fogarty has a closer than usual interest in the Gallery’s latest show as she was the original curator when it was first presented at the Australian Design Centre in 2016.

‘Clay Intersections’ is now on a national tour and will open at the Gallery on Friday, September 14. The exhibition highlights the work of eight ceramic artists who were selected for their diverse and very contemporary approaches to this ancient craft. They include Kenji Uranishi, Tania Rollond, Bridget Bodenham, Helen Earl, Ulrica Trulsson, Natalie Rosin and Cone 11’s Colin Hopkins and Ilona Topolcsanyi.

With some of the artists being from an architectural, design or traditional studio-based background, the exhibition explores how they each draw their inspiration from the built or natural environment and how that influences their work.

Together, these eight artists are part of a new generation of craftspeople and designer/makers discovering the versatility of clay.

Lisa Cahill, ADC Director, says: “For more than 50 years the Australian Design Centre has been presenting the work of Australian craftspeople and designers. A lump of clay when combined with the skilled hands of a maker transforms into delicate, beautiful, often functional pieces just waiting to be held in other hands.”

Cath Fogarty believes the resurgence in interest in ceramics is part of a rejection of our mass-produced world.

“From knitting and sewing through to artisan bread and cooking shows, there’s an increasing number of people who like to have a connection to where their food and daily objects come from. I am sure this exhibition will strike a chord with many residents of the Coffs Coast who value hand-making and good design,” she says.

The opening of ‘Clay Intersections’ is at 6-8 pm on Friday, September 14. All are welcome to this free event, but bookings are encouraged. Book via the Gallery website at www.coffsharbour.nsw.gov.au/gallery

There will also be a free Artists Talk on Saturday, September 15, with featured artists Tania Rollond and Helen Earl led by Cath Fogarty. The talk runs from 10am-11am. For information and booking go to www.coffsharbour.nsw.gov.au/gallery