“What a fantastic way to end Local Government Week,” said Coffs Harbour Mayor, Councillor Denise Knight. “It’s always great to see the hard work of staff and Councillors rewarded like this, but this is particularly special as the Strategy marks a major change in Council’s thinking over the way to help our city grow in the future.”

The Strategy provides for three key principles to be applied by Council when designing in the public arena: 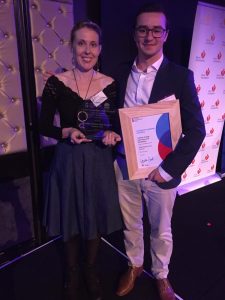 It also provides a framework to achieve four key goals, which are:

Consultation carried out during the development of the MyCoffs Community Strategic Plan was instrumental in the creation of the Strategy as the clear message sent out from the community was that residents wanted to see people-friendly environments, public spaces made vibrant through good planning and design and neighbourhoods designed and maintained to meet the needs of the people who live there.

Examples of successful initiatives to which the Strategy has been applied include the Woolgoolga Town Centre Masterplan – which recently won the Australian Institute of Landscape Architects (AILA) Urban Design Award – the Cultural and Civic Space for the Heart of the City project and the Trading Places Footpath Initiative which aims to help grow local businesses through attracting greater foot traffic in retail areas.

Similarly, improvements at Brelsford Park are being undertaken using the new thinking outlined in the Strategy.