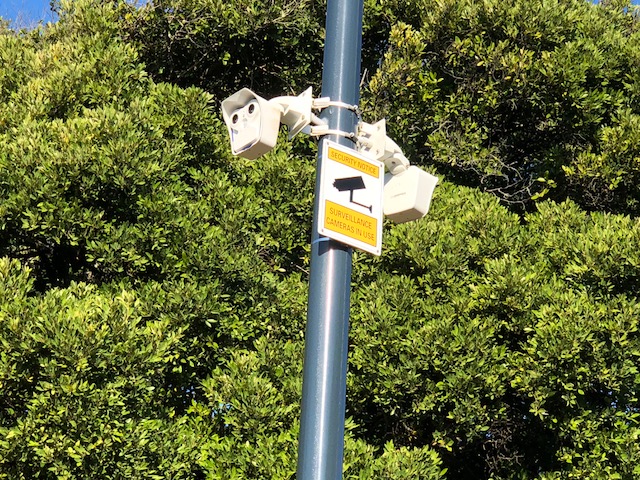 Council was celebrating last week when the Federal Government gave us permission to announce a successful grant bid of over $900,000 to install CCTV cameras and security lighting at specific locations in Toormina and Coffs Harbour city centre.

We had received confirmation of the funding earlier this year in May, so were glad to finally be in a position to let the community know.

The cameras and lighting are to be put into City Square, Park Avenue Car Park, Park Avenue Lane, Toormina Oval, Skate Park and Velodrome where they will be a deterrent to offenders while also enabling more successful police investigations through easier identification. Better lighting will also improve public safety.

The project as a whole is called SafeCoffs and is the result of a great deal of consultation work by Council with locals, community organisations, business people and sports groups in these areas which have, unfortunately, become hot spots for crime and antisocial behaviour in recent years.

In the CBD, for example, business owners and members of the public had reported that safety fears were causing people to avoid the area, while the Toormina Sports Precinct has been the target of vandalism and anti-social behaviour for some time.

The plan was that the grant will fund works at the Velodrome, Toormina Skate Park and Toormina Oval during 2018-2019 and in City Square, Park Avenue Car Park and Park Avenue Lane in 2019-2020. However, as work is due to begin this year on the City Square upgrade, we’re looking to move the CBD installations forward if possible.

The SafeCoffs project follows on from the work we’ve already accomplished at Park Beach.

In response to community concerns over anti-social behaviour in the Park Beach area, Council applied for grant funding of $584,082 from the Safer Streets Programme in 2016 to install six CCTV cameras, 53 new lights and also remove some vegetation that had also added to concerns over public safety.

Planning and design work was started as soon as we had confirmation that the grant was in place in December 2016, work began on the vegetation removal in February 2017 and installation of the fibre optic cables and lighting started in June 2017 and were completed well before Christmas 2017 in time for the busy holiday season. The CCTV was operational shortly afterwards.