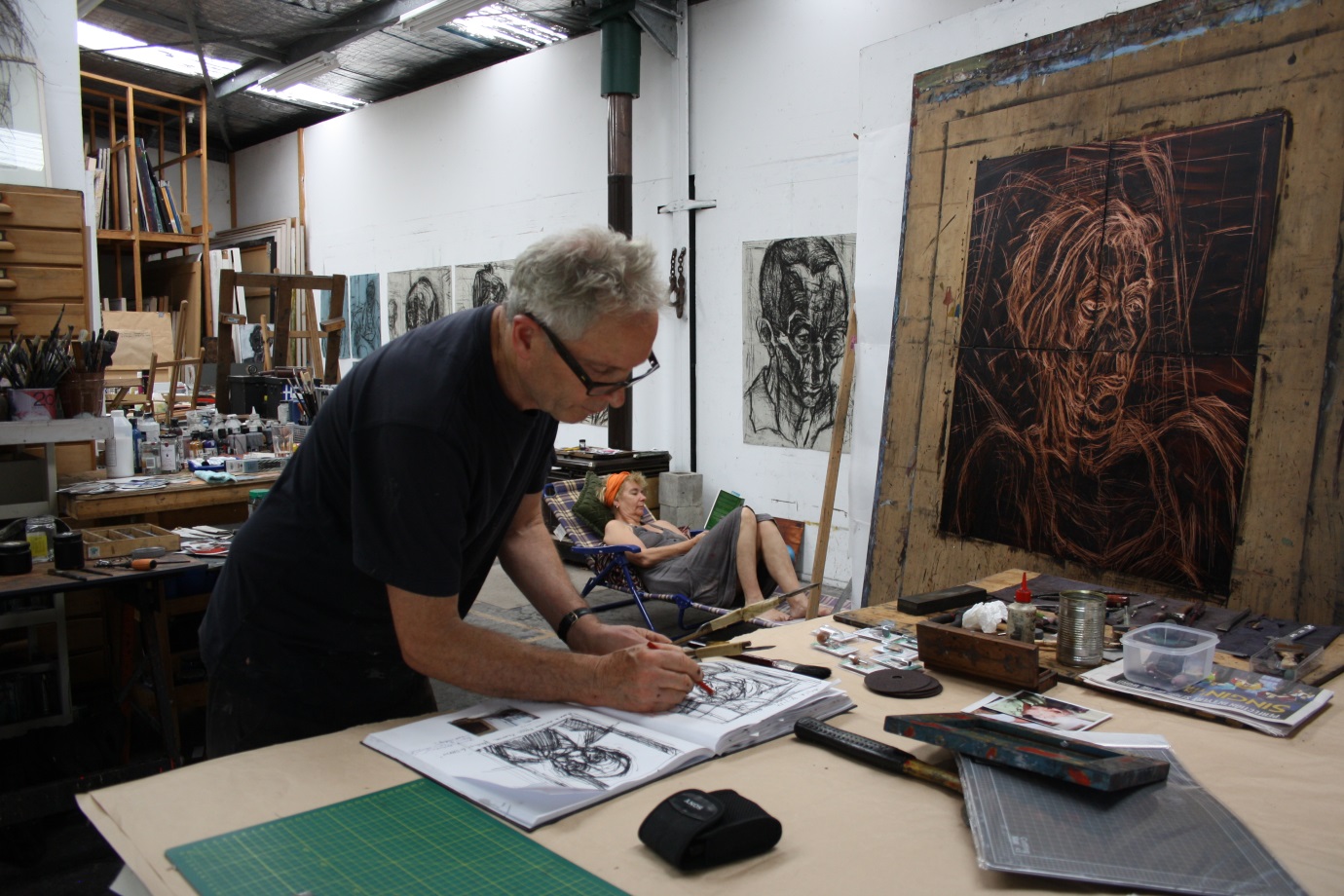 His arresting hand-carved, timber sculptures are influenced by the traditional woodcarving methods he learnt growing up on Orcas Island in the Pacific Northwest of the USA – where he spent many hours with his stepfather, a sculptor, carver and builder of wooden boats – and more modernist styles.

According to Aleph: “In my work, there is always an interaction between hard and soft, between tension and fluidity. Modern clean lines are mixed with something handmade, textural and timeless. This dialogue between seeming opposites is a defining factor of my style.”

Alongside Geddis’s work, the Gallery will also be showing ‘Drawn to Print’ by award-winning portraitist and regular Archibald Prize finalist David Fairbairn, one of Australia’s leading artists. (Pictured at top working in his studio).

Born in Zambia, he moved to Australia in 1981. Since then, he has won over 40 awards – including the Dobell Drawing Prize and the Doug Moran Portrait Prize – and exhibited widely. He has been an Archibald Prize finalist seven times and taught at the National Art School for several decades.

Fairbairn works directly from models in his studio and spends many hours, months and even years with each of his sitters, who for the most part, are family, friends and local people.

The passing of time is not just a theme of the work, but the real experience of the artist and sitter. He says: “My portraits represent the transience of life itself … the passing of time both in life and in the studio.  Each work represents a period of a time that has passed during the sitting; you cannot capture that in a photograph.”

Both exhibitions open on July 13 and run until September 8 2018.

Everyone is welcome to come along to the Opening Night at the Gallery on Friday, July 13, at 6pm. Entry is free, but booking is recommended.

David Fairbairn is also hosting an Artist’s Talk at the Gallery on Saturday, July 14, at 10.30am. Entry is free, but registration is required.

To attend either function, book online at coffsharbour.nsw.gov.au/gallery