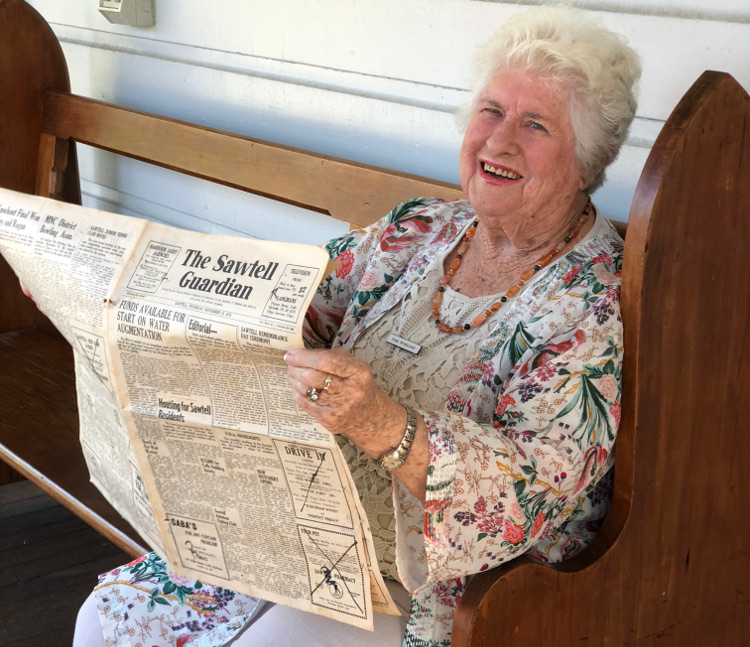 A remarkable snapshot of life in Sawtell in the 1970s has re-emerged following the online archiving of the ‘Sawtell and Boambee Guardian’ newspaper.

Printed from 1970 until 1975, the paper was the brainchild of the Sawtell and Boambee Chamber of Commerce which provided free copies to local businesses. Copies of the weekly broadsheet have been collected and looked after by the Sawtell Historical Society.

To ensure it can continue to be read by future generations, Council financed the digitisation of the collection and it can now be seen online on the National Library of Australia’s ‘Trove’ digital platform – https://trove.nla.gov.au/newspaper/title/1346

Current Sawtell Chamber of Commerce Vice President Martin Wells said it was a publication “offering a healthy mix of headlines, serious news article (all written by the sole editor, Nancy Sanders, it would seem), classifieds, business advertising, television and radio guide, along with local sport stories. Conversations with long-term local residents said that the ‘Sawtell Guardian’ served as a significant social conduit at a time when interest in what others were up to seemed incredibly high.”

Cultural Development, Gallery and History Services Coordinator Cath Fogarty said Council was thrilled to be able to help preserve the newspaper. “It is a fascinating snapshot of our local heritage in the 1970s and includes interesting content predominantly about Sawtell, but also Coffs Harbour and Woolgoolga. Potted histories, poetry, local elections and plans for development all feature.

“Most importantly, it fills a gap in our more contemporary local history.”

Trove provides free online access to about 22.5 million pages from about 1,250 Australian regional and metropolitan newspapers from every state and territory. The National Library of Australia invites organisations such as libraries, historical societies, local councils, faith, cultural and community groups, universities, schools and businesses as well as individuals to fund the digitisation of journals and newspapers and make them text searchable and available through Trove.

Pictured above is Sawtell Historical Society President Pam Worland reading a copy of the Sawtell Guardian.