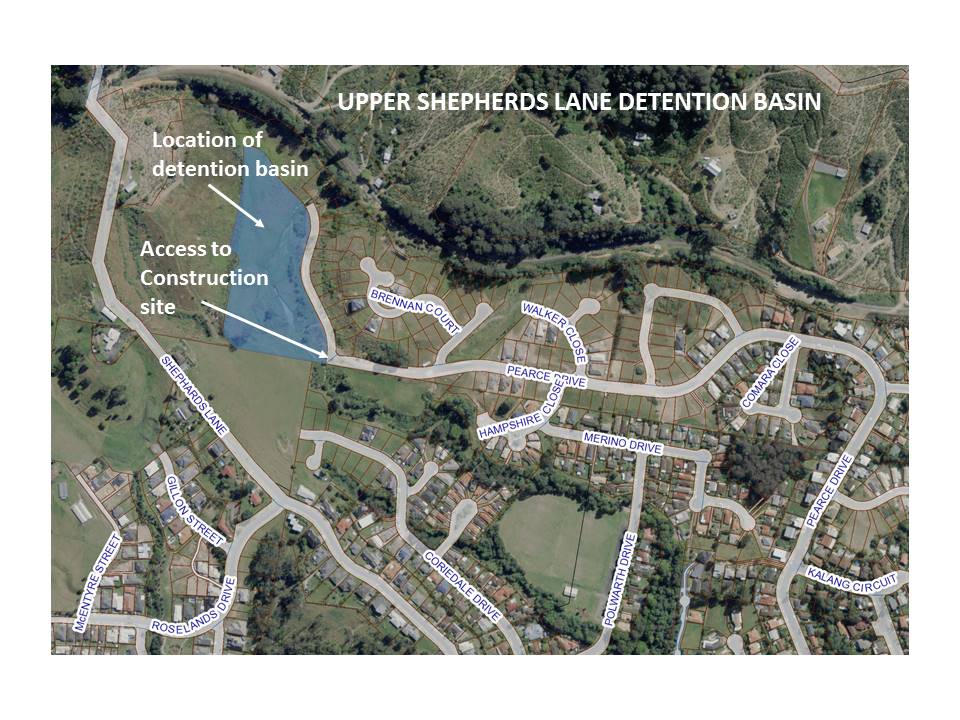 Construction of the fourth and final flood detention basin planned for the Coffs Creek catchment will begin at Upper Shephards Lane on Tuesday, May 1, weather permitting.

“Everyone knows that Coffs Harbour has a unique and beautiful landscape, but unfortunately, the very geographical features that make this such a wonderful place to live – the hills around us, the creeks and waterways – also make us vulnerable to flood events.

“Since the floods of 2009, Council has worked very hard to try to reduce the impact of future flooding on the community and our economy. As well as the four detention basins, we have put in place an early warning system on waterways that is directly linked to the SES and Bureau of Meteorology.

“Plus we’ve made improvements to the northern tributaries of Coffs Creek and flow paths in the CBD. In addition, we have looked at what we can do from a planning point of view to reduce the potential for damage to businesses and homes from flooding.

“I’m very glad to say that, so far, all that work has significantly helped reduce the effects of flooding in and around Coffs Creek.

“But flooding is – by its very nature – unpredictable and each is flood is different.

“The basins can’t solve the problem alone, but they will help reduce downstream flood levels in a 100-year event – so that people and their property are as safe as they can be.”

Construction of the Upper Shephards Lane detention basin is expected to take around six months. During that time, access to the work site will be via Pearce Drive. Residents and motorists in the vicinity of the works should be aware that there will be increased works traffic movements from time to time in Pearce Drive, Griffith Avenue and Donn Paterson Drive. Council will try to keep disruption to a minimum.