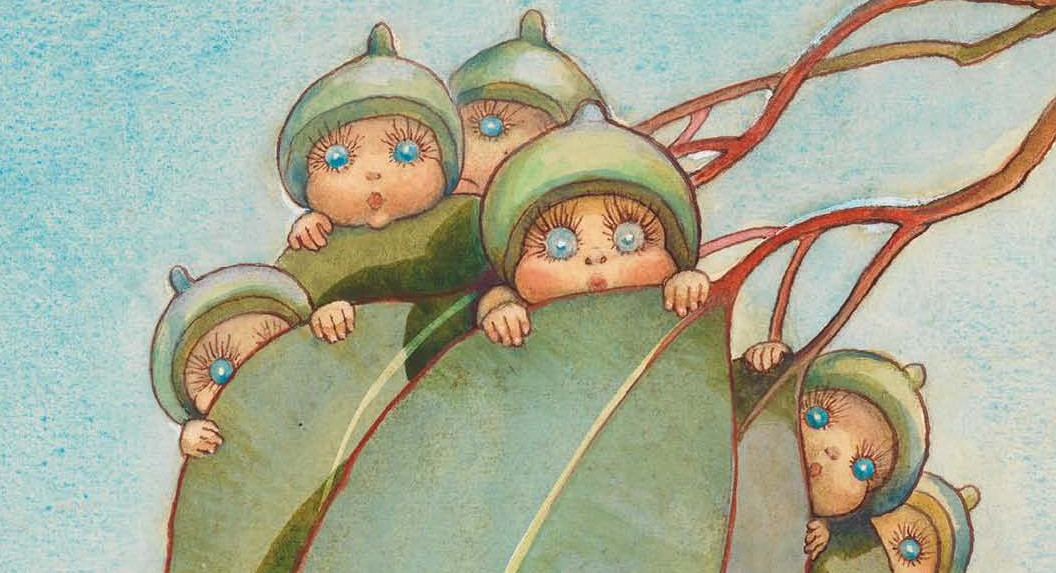 It’s 100 years since author May Gibbs’ adorable characters found their way into the homes and hearts of Australians – and the Harry Bailey Memorial Library is celebrating with a free travelling display featuring May Gibbs’ iconic artwork from April 16 – 27.

May Gibbs was Australia’s first full-time, professionally trained children’s book author and illustrator, and the display features reproductions of some of her most beloved characters including the gumnut babies and the brothers Snugglepot and Cuddlepie.

“Generations of Australians have fond memories of growing up with the gumnut babies and their friends, and passed the books they read as children down to their own children,” said State Library of NSW Senior Curator Alison Wishart.

The gumnut babies became an instant hit when they first appeared on 5 December 1916 in a booklet published by Angus & Robertson, quickly followed by the gum-blossom babies.

The display explores May Gibbs’ early work, the characters of Snugglepot and Cuddlepie, Ragged Blossom and Little Obelia, her process and examples of how the war influenced her work.

“May Gibbs was a keen environmentalist and was also fiercely patriotic”, said Ms Wishart. “Not many people know that during the First World War she designed a series of postcards and bookmarks featuring her popular characters to send to the soldiers overseas.”

The Harry Bailey Memorial Library is on the corner of Coff and Duke Streets.