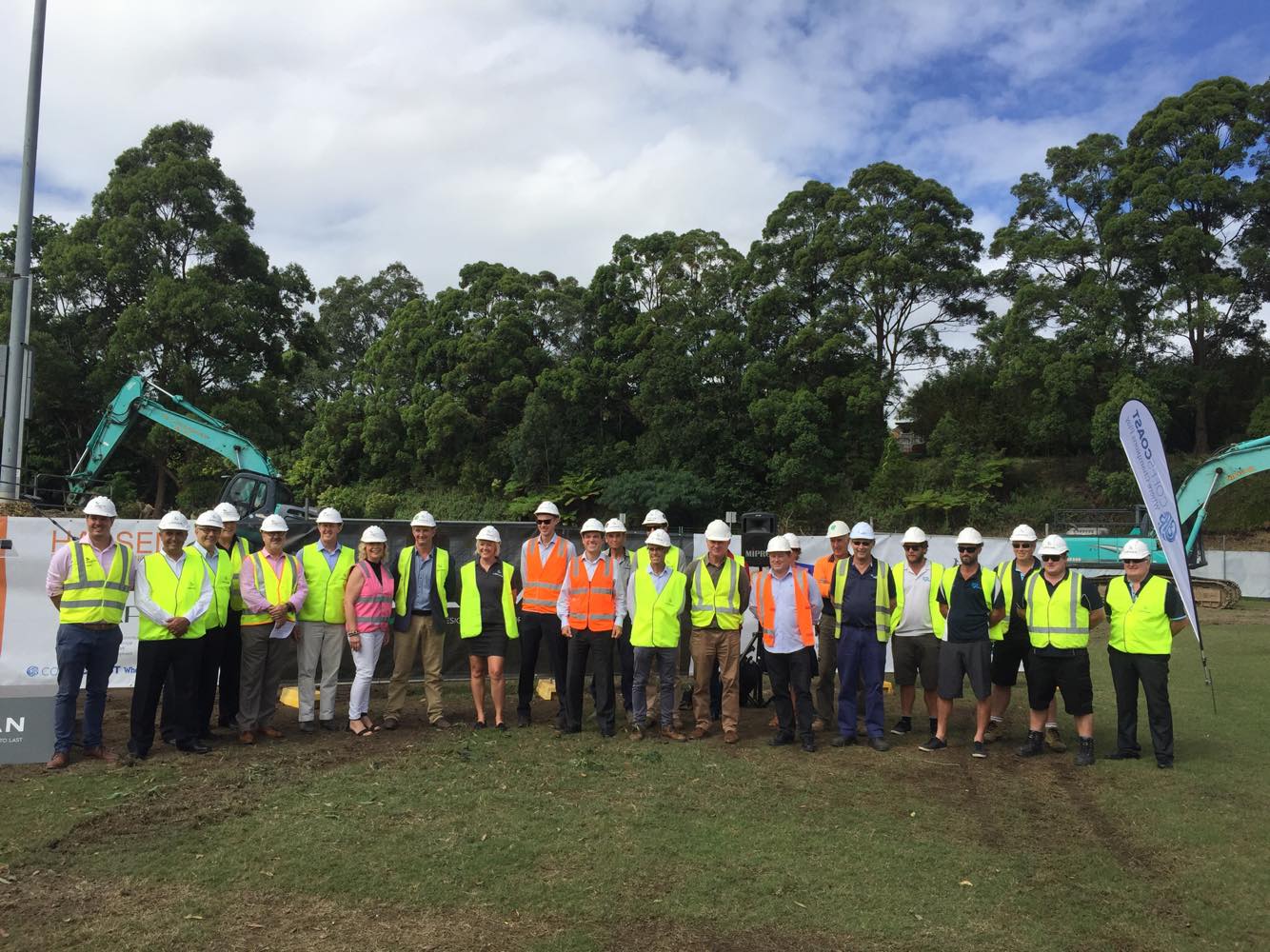 The transformation of C.ex Coffs International Stadium into a state-of-the-art venue that will maintain its reputation as a top-quality regional ground well into the future was marked by Coffs Harbour Mayor Councillor Denise Knight and Federal Member for Cowper Luke Hartsuyker in a ground breaking ceremony today.

“This major upgrade will ensure C.ex Coffs International Stadium remains a first-choice event destination for a range of premier events,” said Cr Knight. “We’re confident that it will help attract new events and increase the number of people coming to the region overall – which will further boost the local economy. But just as importantly, it will also provide even better facilities for the huge numbers of school events and local sports groups who use the Stadium and outlying fields all year round.”

The works will see a significant upgrade and improvement in facilities for all visitors to the Stadium – spectators, players, officials, event organisers and media.

To ensure the Stadium remains open for business during construction, the programme will first see the building of the two new grandstands and annex building. These should be completed by the end of 2018, followed by the complete refurbishment of the existing grandstand in the first half of 2019.

Council staff have worked closely with the lead contractor Lipman Pty Ltd, supported by their design team from Hassell Sports Architects and Coffs Harbour’s own local DRA Architects, as well as project managers APP and a range of national and state sporting bodies to final the designs so that work could begin.

“In addition, a number of sub-contractors have now been appointed and we’re so pleased to see so many local businesses involved in this very exciting project for the community. There are currently a dozen local subcontractors on the team with more to come,” said Nikki Greenwood, Council’s Group Leader City Prosperity. “We’ve also received vital financial support from the C.ex Group, Infracraft Pty Ltd and Key Employment Ltd.”

The importance of the Stadium for sport and other events is revealed by figures from the 2016/17 financial year which show that 33,346 players and 54,196 spectators visited the C.ex Coffs International Stadium complex during the year. A total of 63 events were held at the Stadium in the same 12 months. These included 29 local, 18 regional, one international, eight state and seven national events. Sporting events contribute $30m annually to the Coffs Harbour economy.