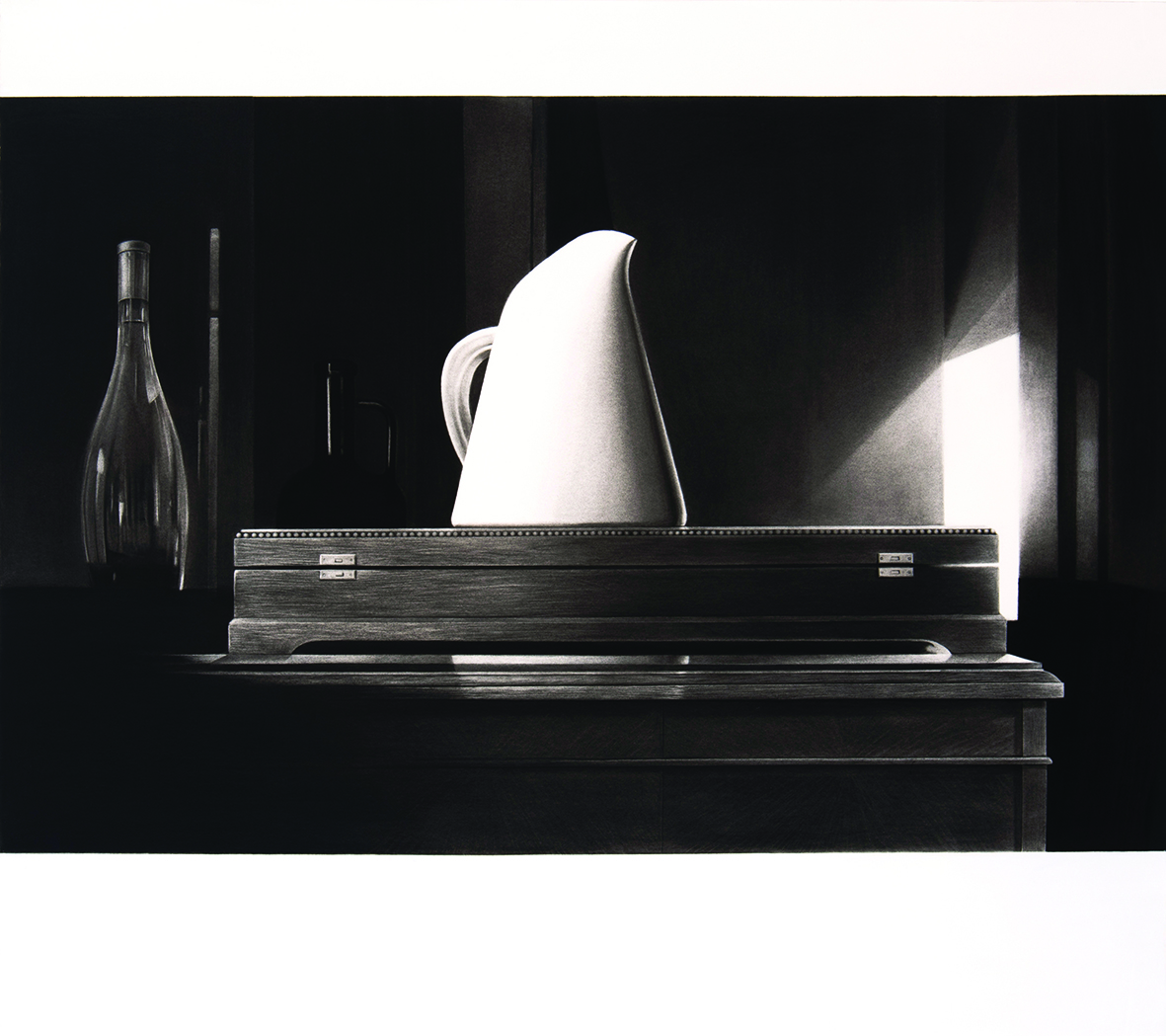 The 2016 Jacaranda Acquisitive Drawing Award (JADA) – the flagship drawing prize of the Grafton Regional Gallery – is on show at Coffs Harbour Regional Gallery until Saturday, March 3 2018.

With a $30,000 first prize and other prizes to the value of $10,000, the JADA is one of Australia’s richest drawing awards and has built an impressive collection of contemporary Australian drawing at the Grafton Regional Gallery.

“The winner of the 2016 JADA was Adam Cusack with his drawing ‘In plain sight’,” said Jo Besley, Coffs Harbour Regional Gallery Curator. “This was particularly impressive as 2016 was a record year for the JADA, which attracted a total of 568 entries from 418 artists from right across Australia.  The 47 finalists make up the current JADA exhibition.

“Judge Ken Done said Adam’s drawing impressed him with its combination of technical skill and concept. ‘In plain sight’, a charcoal on paper drawing, shows found objects presented in provocative ways. The unrelated objects are assembled to create relationships that challenge the viewer’s perception of the original items.”

Alongside Adam Cusack’s drawing, Ken Done also selected a further four drawings to be acquired through the prize.

Entry is free to the exhibition and Coffs Harbour Regional Gallery is open Tuesday – Saturday, 10am to 4pm. For more information go to www.coffsharbour.nsw.gov.au/gallery

There is also a series of related events:

The Jacaranda Acquisitive Drawing Award is presented every two years by the Grafton Regional Gallery. The 2016 JADA is touring to eight venues across Queensland and New South Wales.