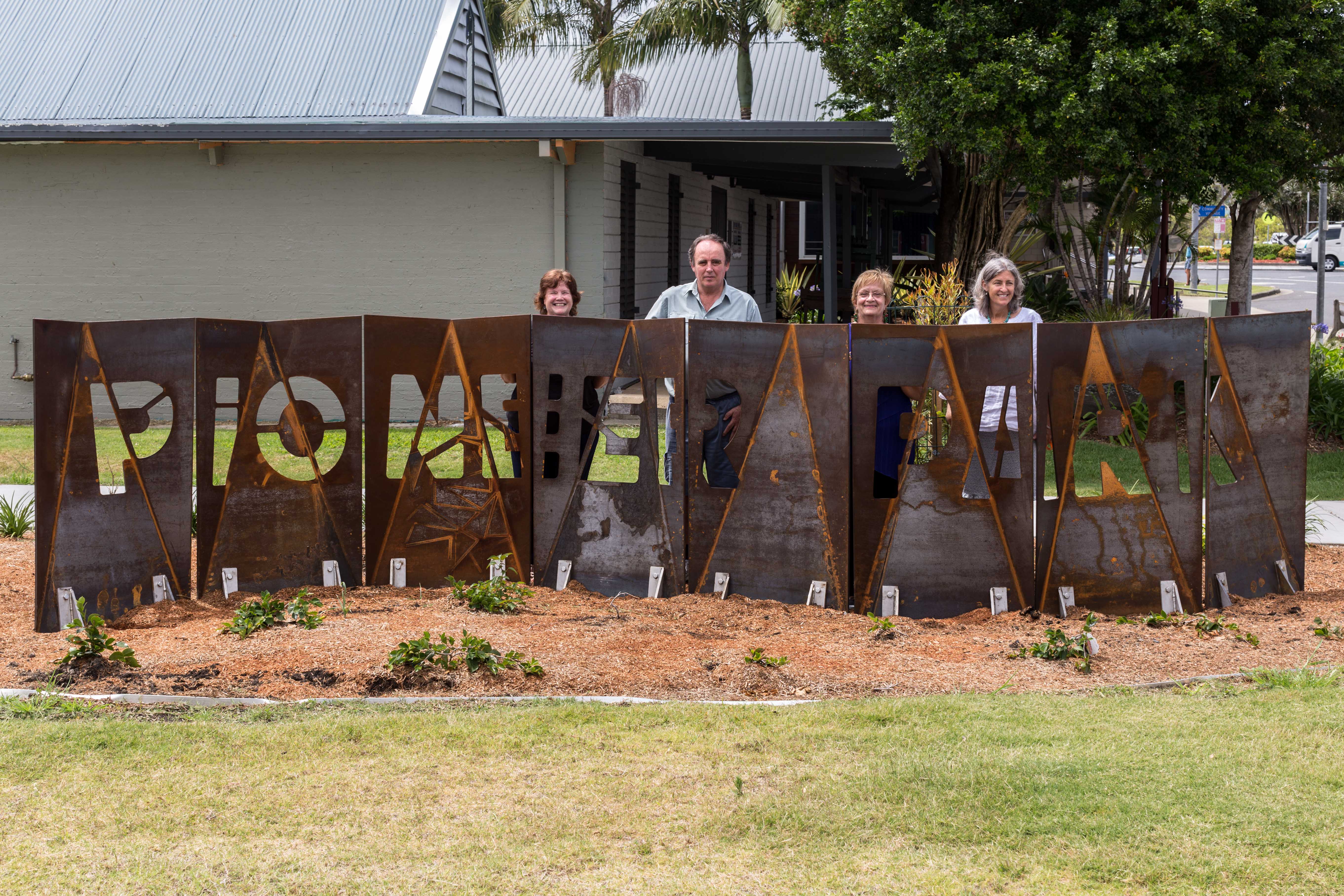 Panels that tell the stories of a number of Coffs Harbour’s early European settlers have been installed as the final touches to the park area alongside the Duke Street extension road.

“John Carrall was a squatter with no tenure to the land and to overcome this he took out a mining licence on the site which meant that he had to fossick for gold at least once a year,” said Catherine Fogarty, Council’s Cultural Development, Gallery and History Services Coordinator.

“This he did, by digging a shovel full of dirt and panning it in the nearby stream which was later named after him. Legend has it that this ritual later became a real picnic affair for family and friends.

“The stories that Geoff has uncovered give us a glimpse into what life was like in the area for early European settlers. A report by a Commander F. Howard, featured on one of the panels, also gives an in-depth and fascinating description of Coffs and Carralls Creeks in 1907.”

The original Pioneer Park tallowwood bench seating and sign are now in the garden of the Coffs Harbour Regional Museum, a short walk away along Harbour Drive.