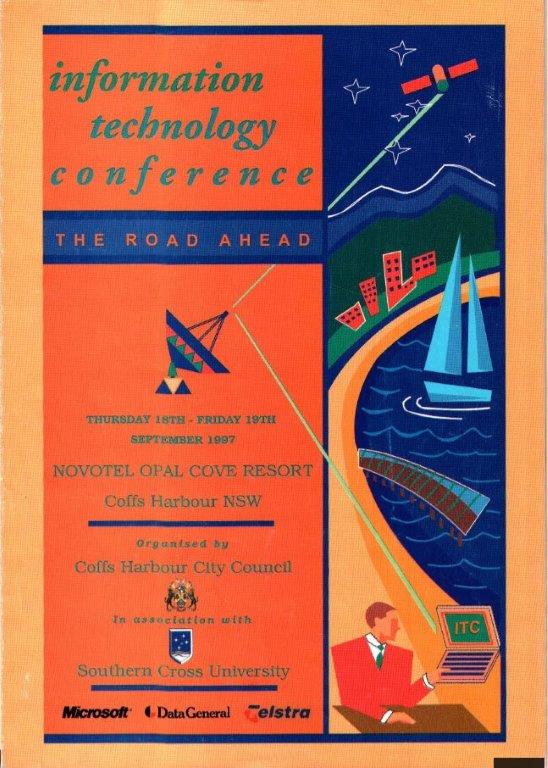 “The appeal of the conference has always been the opportunity to learn from and network with peers in the local government sector,” said Steve Bayliss, Council’s Group Leader Business Systems.

“Plus we’ve been able to attract a varied and expert line-up of regional, national and international speakers since the very beginning.

“We were dubbed the leading IT local government event in Australia early on and it’s a reputation we’ve been proud to maintain.”

Speakers over the years have included TV personalities like Dr Karl Kruszelnicki , George Negus and Adam Spencer and economic experts such as Paul Clitheroe and Michael Pascoe.

Tech industry leaders such as Microsoft, Intel and HP Delegates have both presented at and sponsored the conference, and delegates have heard case studies from councils across Australia and New Zealand.

The delegates themselves have come from throughout Australia, New Zealand and as far away as PNG.

This year’s delegates will hear from an equally impressive line-up of speakers including Peter Coroneos, an Australia cyber security expert who was twice invited to brief the Obama Administration on the subject, Gus Balbontin the former Executive Director and CTO of Lonely Planet and motivational guru Peter Davidson, a former paramedic who risked his own life to rescue eight sailors during the worst storm in the history of the Sydney to Hobart Yacht Race.

The Local Government IT Conference 2017 runs from November 29 until December 1.

(Image shows the cover of the 1997 conference programme)