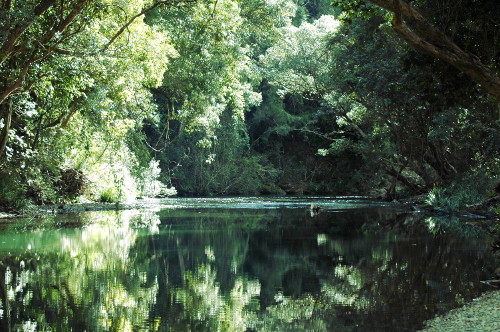 The Orara River Rehabilitation Project, which is largely funded by Coffs Harbour City Council’s Environmental Levy collected from ratepayers, is marking 20 years of on-ground environmental works that have helped create a healthy river and vibrant habitat.

Over the years, the EL funding has been used to secure grant funding and in-kind works, as well as to carry out a range of rehabilitation works on private, Council and Crown lands including:

“Not only have the works resulted in a rise in water quality, a growth in frog and fish species, a reduction in weeds and the development of natural habitat along the banks, but also the return of one of Australia’s iconic animals – the platypus,” said Coffs Harbour Mayor, Councillor Denise Knight.

“Everyone involved in the rehabilitation works over the years deserves to be congratulated.”

The project is a rare example of a long-term rehabilitation project, with only one other Australian project known of a similar length. It complements Council’s existing weeds and bush regeneration programmes by:

By helping improve the water quality of the Orara River, which is the main source of water for the Coffs Harbour community’s drinking water, it helps reduce the amount of treatment the water requires.

Water is also a valuable resource for primary producers in the Orara Valley and the improvement to the river environment helps tourism and recreational fishing.