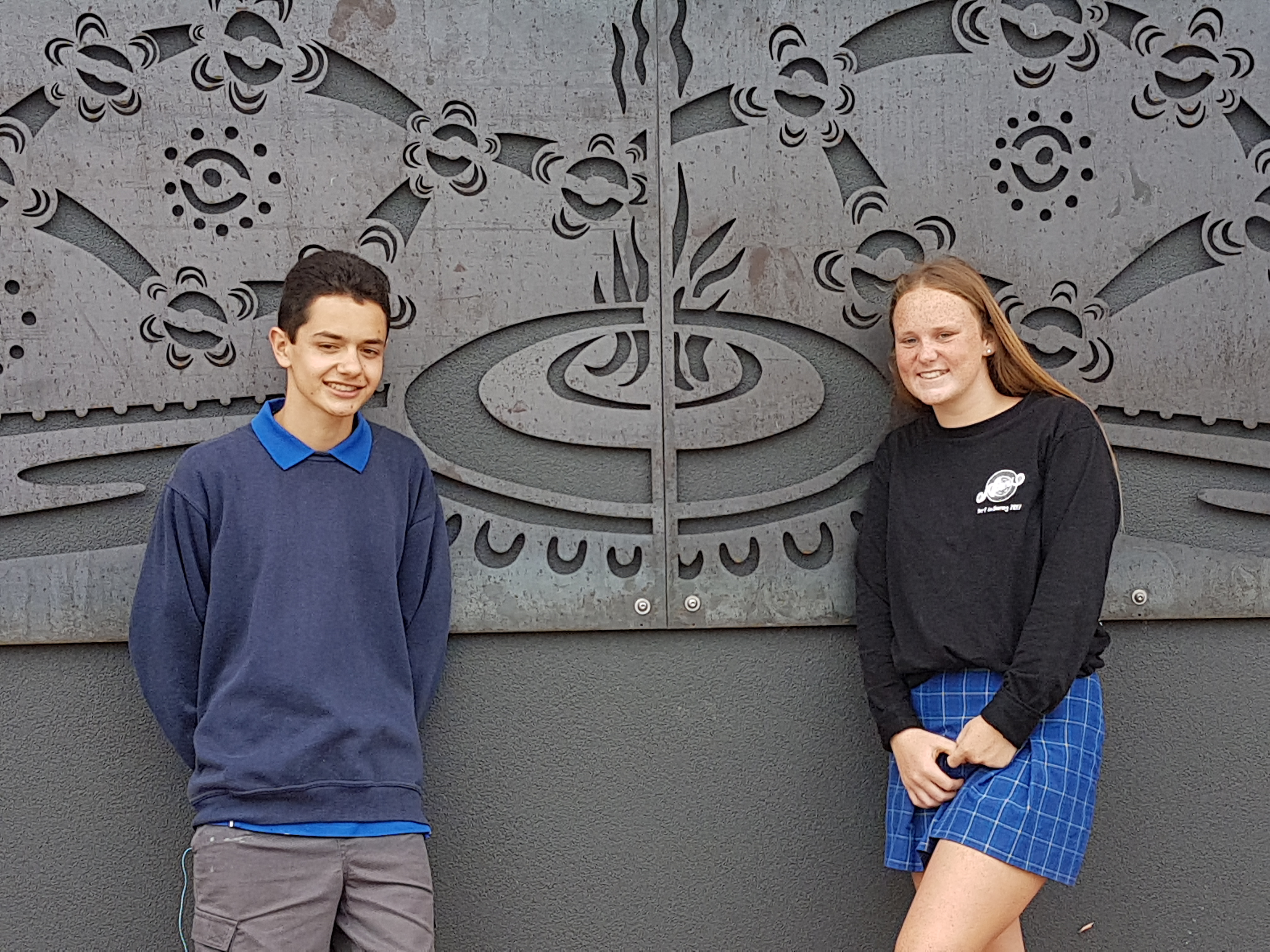 Coffs Harbour Regional Gallery hosted a very special one day only exhibition of works telling the stories of Yaam Nguura Jalumgal – the ‘Old Camp’ as told by Gumbaynggirr Elders on Friday 13 October 2017.

The exhibition is a result of a collaboration between the National Aboriginal Design Agency (NADA), Gumbaynggirr Elders, local high school students and Council for the refurbishment of the facilities at Fitzroy Oval – the Old Camp Yaam Nguura Jalumgal.

The stories depicted in the students artwork include the telling of families meeting together to feed off the ocean, the tap that supplied the Tribes with water, the fellas coming down to the water hole to drink water and catch a feed and many works also include the dolphin which is an Aboriginal totem for this area. Other works display the vision that the young people see for the future.

“These magnificent works provide visual links to the past that underline the sites significance to the local Gumbaynggirr community,” said Coffs Harbour Mayor, Councillor Denise Knight.

Having them on permanent display as public works of art at the new facility on Fitzroy Oval – the Old Camp Yaam Nguura Jalumgal will help maintain those stories throughout future generations.”

There are over forty works that make up the total display by students from Orara High School, Bishop Druitt College, Coffs Harbour High School and Toormina High School represented in the exhibition.