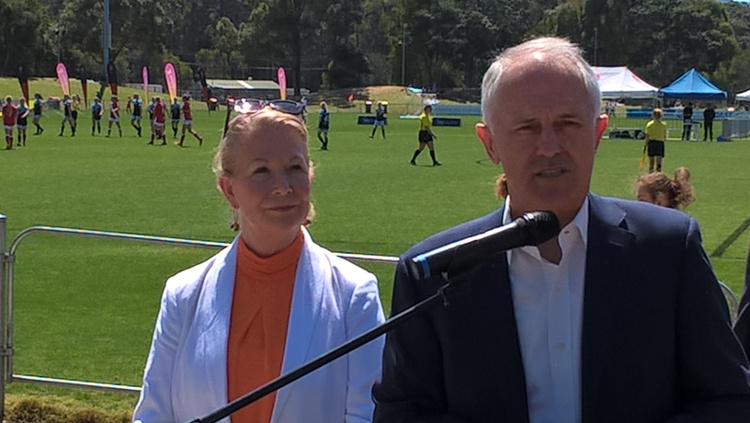 A new integrated transport hub has been officially opened at C.ex Coffs International Stadium by the Prime Minister, Malcolm Turnbull.

“I’m delighted that the Prime Minister made the time to come to Coffs Harbour to open the new facility. You don’t get much more of an endorsement than that,” said Coffs Harbour Mayor, Councillor Denise Knight.

A new, multi-purpose asphalt surface has been installed which can be used as an additional carpark and also for the siting of team tents, toilet trucks, ice recovery tents and other temporary facilities during events.

There is also a new bus and taxi terminus on Stadium Drive to improve traffic flow to and from the venue, as well as pathways connecting the Stadium entry and exit gates that will make it safer for pedestrians and people with limited mobility. In addition, a new cycleway links into the existing cycle lane on Stadium Drive, providing a single, dedicated route for cyclists.

“We’re confident that it will help attract new events and increase the number of people coming to the region overall – which will further boost the local economy.

“But just as importantly, it will also provide even better facilities for the huge numbers of school events and local sports groups who use the Stadium and outlying fields all year round.”

Figures from the 2016/17 financial year reveal that 33,346 players and 54,196 spectators visited the C.ex Coffs International Stadium complex during the year.

A total of 63 events were held at the Stadium in the same 12 months. These included 29 local, 18 regional, one international, eight state and seven national events.

The state, national and international events generated a total of 156,012 visitor nights, representing a direct economic benefit of $24.3m to the local economy.

The transport hub project cost $1m and was jointly funded by the Australian Government’s National Stronger Regions Fund and Council.