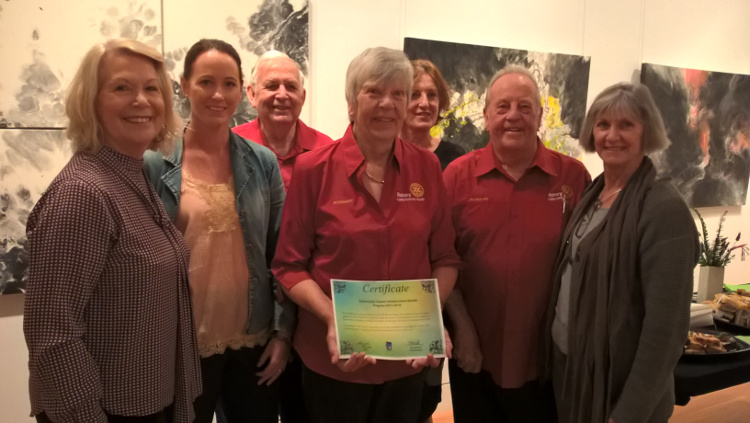 A laundry and shower facility for homeless people is to be built by Rotary Club Coffs Harbour South with the help of an $111,000 Community Capital Infrastructure Grant from Council.

“This is another brilliant idea to have come from the community through this grant programme,” said Coffs Harbour Mayor, Councillor Denise Knight. “It’s thought that there are around 1,000 homeless people in the Coffs Harbour area, plus around another 3,000 more who are sofa surfing with friends or family or are living in very temporary accommodation and at risk of becoming imminently homeless.

“Homeless people are very vulnerable and a facility like this will help them maintain their self-respect and dignity as they, hopefully, find their way out of their current situation.”

The Rotary Club has also contributed $35,000 towards the project, which is expected to cost a total of $207,942, while the St Vincent de Paul Society, New Horizons, CHESS Employment and Support Services and the Neighbourhood Centre have not only contributed towards the construction of the facility, but also ongoing operational costs such as electricity, gas, water and cleaning.

As well as providing a safe and secure environment for people to shower and launder their clothes and bedding, the new facility will also offer access to advisory and support services.

The Neighbourhood Centre facility is one of nine successful applicants for the latest round of Council’s Community Capital Infrastructure Grants. In all, grants worth a total of $266,224 were presented at a ceremony at Coffs Harbour Regional Gallery on August 8.