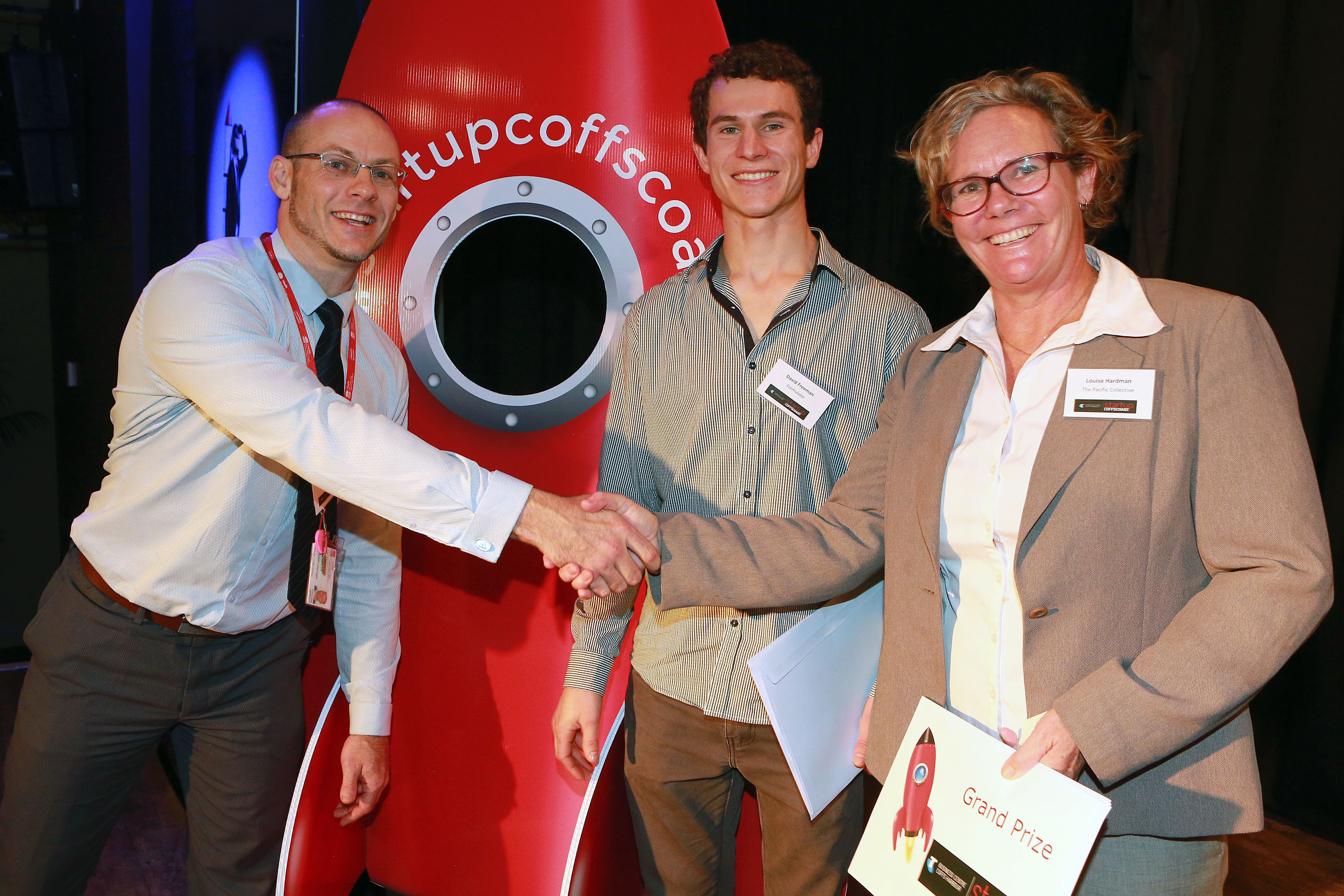 Her deceptively simple idea has the potential to make an enormous difference to the whole planet. The Shruder is a small-scale, mobile plastic shredding machine that turns waste plastic into useful products.

So what, you may ask, doesn’t that happen already? But the key aspect of The Shruder is its very small size. This allows it to be used in remote locations – such as the Pacific Island communities where waste plastic is a huge problem both from being washed up and also from consumer waste.

With the help of The Pacific Collective, these communities will be able to take plastic waste and turn it into valuable products they can use themselves or sell and create incomes.

David Freeman of Formulater was also Highly Commended by the judges. ​

He is a young entrepreneur who is tackling the challenge of making sustainable housing construction affordable with his small and mobile rammed earth machinery.  Currently, traditional rammed earth houses seem to be only available for the cashed up environmentalist, David hopes to break down the cost barrier so rammed earth can be considered by more people when choosing how to build their dream home sustainably.

The finalists were not the only fantastic part of the STARTUP COFFS COAST finale event. This year’s audience had doubled in size from 2016 and we had 20 businesses showcased in Startup Alley and the Innovation Lab.

Marc Nager, an international guru on startups for regional areas was beamed in from the USA to inspire the audience. He was complemented by a fantastic line-up of local speakers who motivated people with the stories of their journeys, the lessons they have learned along the way and how to spot a winning idea.

Most amazing was Luke Floyd, owner of the Artisti café in the CBD, with his i-Milk product, an automated milk dispenser that after two and half years of hard work is now currently being trialled in large franchises such as McDonalds, Donut King and Gloria Jean’s.

I recently spent some time at the Australian Local Government Association conference in Canberra. This was a great opportunity to network with other councillors from all over Australia and learn about the work they’re doing with their communities.