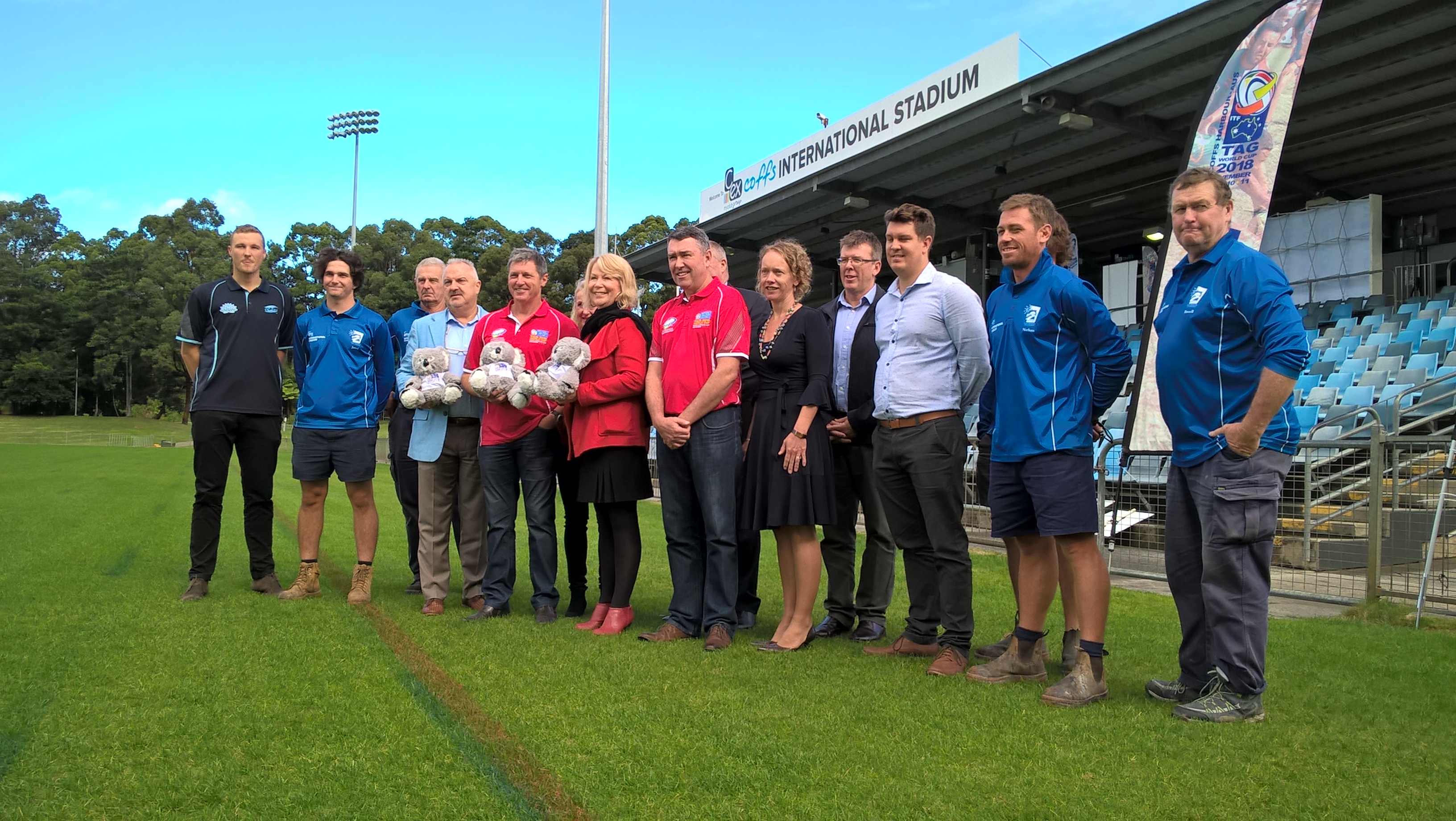 The International Tag Federation has today announced that Coffs Harbour will host the Tag World Cup in November 2018. An anticipated 190 teams will travel to Coffs Harbour from around the world and across the country to attend the event, bringing approximately 3,800 players and officials and up to 5,000 families and supporters to the region.

Coffs Harbour is currently host to four major annual Oztag events, which collectively bring around 30,000 players and spectators to the area every year.

The game of Oztag, now in its 25th year is a global sport and played in several countries around the world. Its popularity has seen it grow in numbers every year with countries such as Ireland, England and New Zealand boasting more than 20,000 players and in more recent years South Africa, Japan and Hong Kong have all started to enjoy the game.

Due to its phenomenal growth, Oztag created the International Tag Federation in 2012 and along with it the Tag World Cup (TWC). The first TWC was held in Auckland in 2012 with 96 teams participating and the following tournament held on the Sunshine Coast in 2015 attracted 168 teams.

“It is with great excitement that the International Tag Federation announces the Tag World Cup will be held in Coffs Harbour in 2018, a decision that was unanimous.

Oztag Tournament Director Bill Harrigan was delighted by the news.

“I have looked throughout NSW and QLD and I have not found a better regional venue than C.ex Coffs International Stadium. The fields are always in immaculate condition. The grass surface is like running on carpet in the Stadium and on the outside fields.

To now host the Tag World Cup is testament to the venue and facilities available. A major factor in our decision to bring Oztag competitions to Coffs every year is that you always have the opportunity to play – rain, hail or shine! We have been here in severe downpours and constant rain, yet play goes on. The other important factors are plenty of accommodation and the council are terrific to work with.” he said.

Coffs Harbour Mayor, Councillor Denise Knight said “Securing the Tag World Cup is a fantastic opportunity to showcase Coffs Harbour on the international stage, and provides a significant injection into local tourism and businesses. As the home of the Australian round of the World Rally Championship, and having previously hosted the Touch Football World Cup in 2015, this is yet more recognition that C.ex Coffs International Stadium and the entire Coffs Harbour community is the perfect venue for international teams and visitors.

The business community have shown their ongoing support for attracting events to our City by partnering with Council to secure this important event.

We know that travelling teams and visitors to Coffs Harbour get a warm welcome from our local restaurants, cafes, hotels and the community, and we look forward to welcoming this latest group of guests to our beautiful part of Australia”.

The Tag World Cup will be held at the C.ex Coffs International Stadium, November 1-4, 2018. The Senior Australian Oztag Championships, traditionally held on that weekend, will now move to early December for 2018 only.