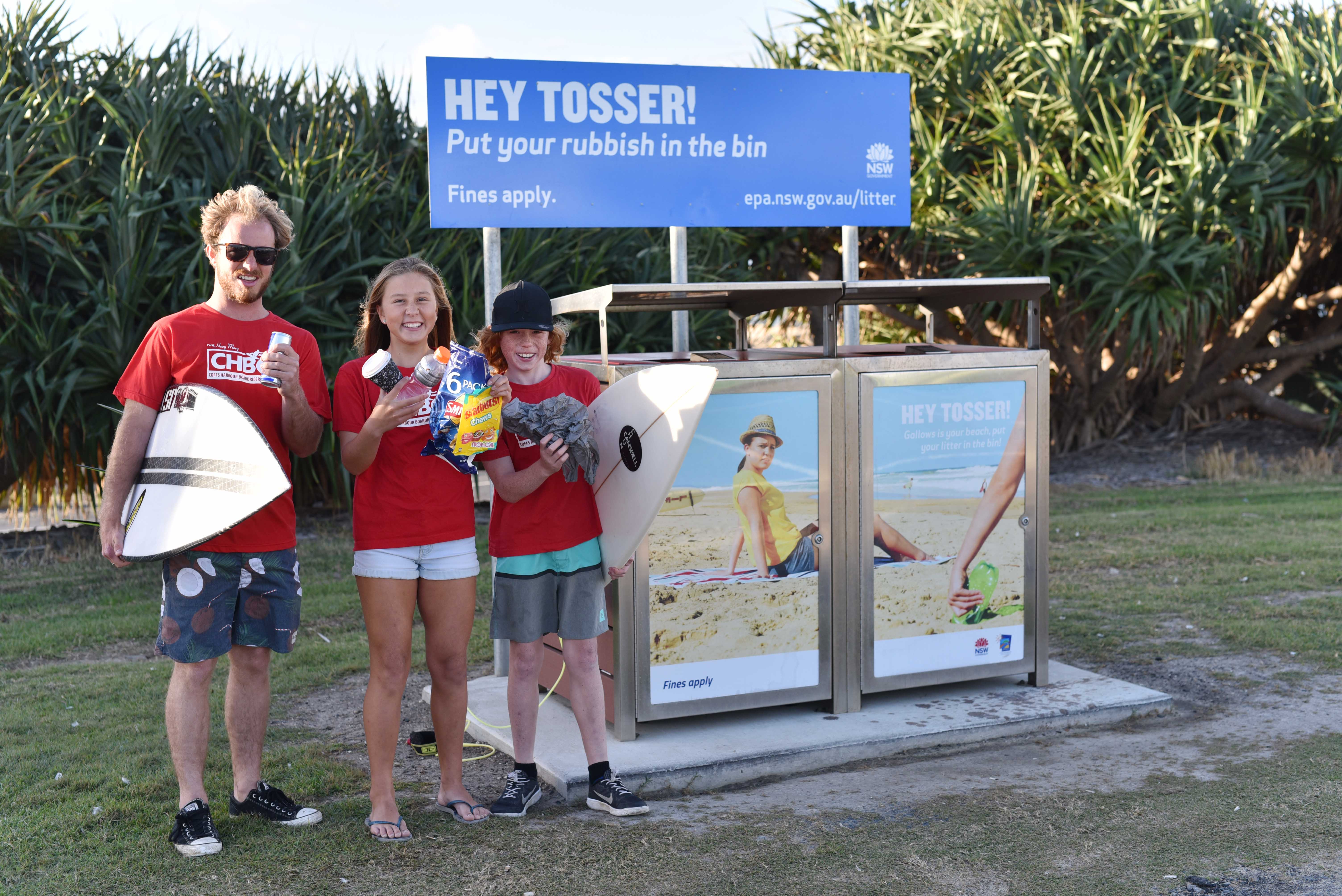 Litter is the loser at Gallows Beach thanks to a partnership between Council and Coffs Harbour Boardriders Club to help reduce rubbish dumping.

“The Boardriders have been fantastic in their support and promotion of the message to use the bins instead of the beach. They’re great ambassadors and I hope the campaign continues to grow,” said Coffs Harbour Mayor, Councillor Denise Knight.

The partnership with the Club is part of a multi-pronged attack on littering at Gallows Beach, which has been chosen to pilot the programme. In addition, new bins and signage have been installed through a grant from the NSW Environment Protection Authority in conjunction with its ‘Hey Tosser’ campaign.

Council staff have also been conducting surveys of the beach’s users to gain a clearer understanding of why people drop litter and, at the same time, have been helping educate people on the risks of rubbish in the environment.

Along with the face-to-face education, Council staff and Rangers have also been conducting an enforcement programme to ensure that people caught littering from a vehicle are reported to the EPA through its online ‘Report to EPA’ tool.
Over the next few weeks, Council staff will continue to survey and talk to beach users, as well as give away in-car litter bags to underline the message that people are responsible for disposing of their own rubbish.

Since the launch of the EPA’s ‘Hey Tosser’ campaign in 2015, 82 Penalty Infringement Notices have been issued following 125 online litter reports in the Coffs Harbour area. The number of locally registered users of the ‘Hey Tosser’ online tool has risen by 64% in the last six months.

The fine for littering from a vehicle is $200.

Coffs Harbour Boardriders and Council are also presenting a free screening of the documentary ‘Bag It’ at Coffs Harbour Surf Club on Friday, June 2 2017, from 5.30pm to 7.30pm. The evening will include a Q&A session featuring local experts on marine debris, litter reduction, waste alternatives and recycling.