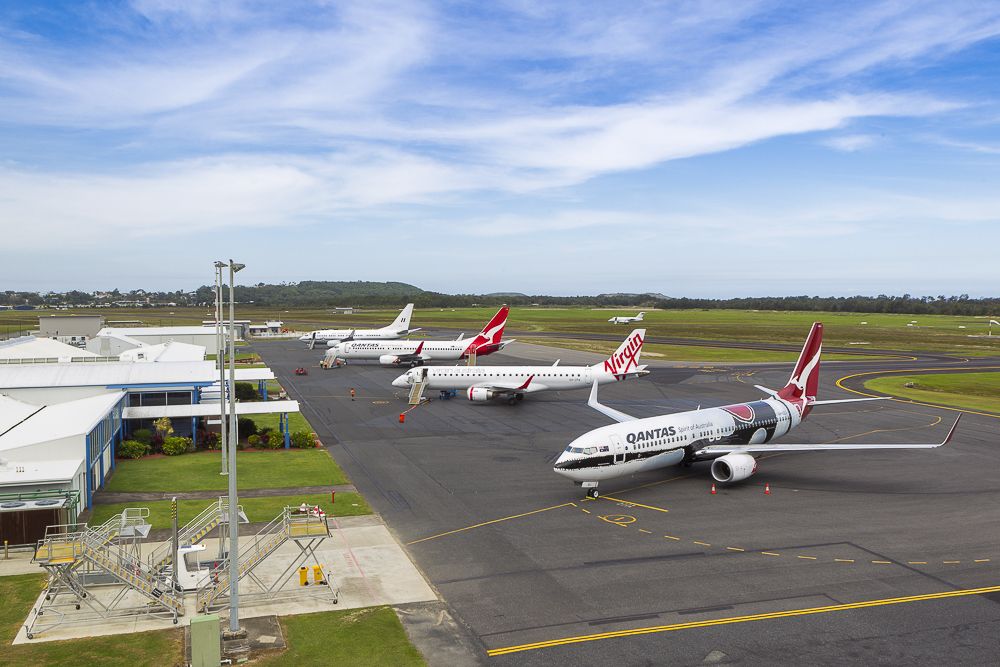 Qantas recently opened its new lounge at Coffs Harbour Regional Airport Work, one of only a handful of such facilities at regional airports throughout Australia.

The opening coincides with a series of major passenger and aircraft facility upgrades currently being undertaken at the airport. Over the last five years, Council has invested more than $10m into improving infrastructure and facilities at the airport – including a $7.5m upgrade of the main runway in 2013.

Work is currently ongoing on a major upgrade of the terminal at the airport which includes more check-in counters, a larger departures area, associated airline offices and staff facilities and the new airline lounges. Overall it will mean a 25% increase in the size of the departures hall at the terminal.

In addition, an extra baggage carousel has already been installed in the arrivals area and construction will begin shortly on additional toilets.

In 2016, the airport passed the 400,000 passenger mark – an all-time record – and will reach 420,000 by the end of this financial year. On completion of current works the airport will be able to process over 1,000 passengers per hour during peak periods.

These results are particularly pleasing as they have been achieved in a subdued domestic aviation environment.

Like most businesses, critical mass is vital for future growth and sustainability. With the airport rapidly heading towards half a million passengers per annum, Coffs Harbour is fast becoming one of the best regional airports in Australia.