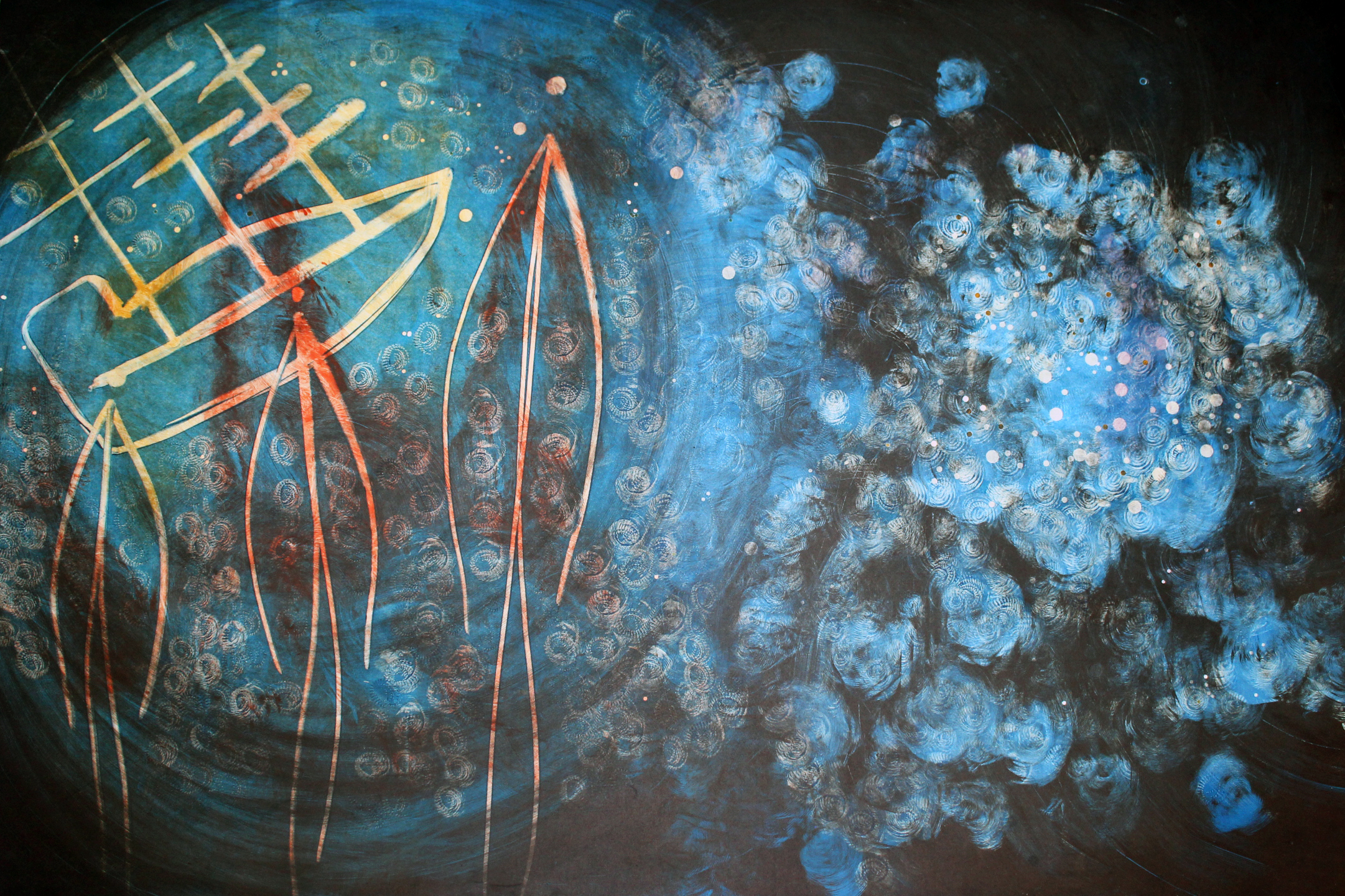 East Coast Encounter is a multi-arts exhibition that will be featured at the Coffs Harbour Regional Gallery from Friday April 28 until Saturday June 17.
The exhibition is an initiative involving Australian Indigenous and non-Indigenous artists, writers and songwriters to re-imagine the encounter by Lt James Cook and his crew with Aboriginal people in 1770. It seeks to promote cultural dialogue and reconciliatory understanding between Indigenous and non-Indigenous Australians.
Cook’s voyage along the Australian east coast has become central to national historical narratives. The exhibition of paintings, photographs, videos and three dimensional works re-envisages this seminal journey by imaginatively exploring moments of contact between two world views during these encounters.
Developed by the University of the Sunshine Coast it forms part of the Australian National Maritime Museum Collection and has been seen by over 78,000 visitors since beginning its tour of the east coast.
Donna Carstens, Indigenous Programs Manager, Australian National Maritime Museum will be opening the exhibition on Friday April 28.
Donna is from the Mununjali clan of the Yugambeh Nation and has curated innovative exhibitions both nationally and internationally and sourced exciting new works intertwining the traditional with the contemporary to further highlight and explore Indigenous culture and connection to country.
Coffs Harbour is the final stop on the tour representing a fantastic opportunity for the community to see these important works before the collection is returned to the Museum.
Tickets to opening night are free, thought bookings are recommended. All opening night tickets will go into a draw to win a $150 dining voucher donated by Surf Club Restaurant and Bar.
Exhibition Co-curator, John Waldron will also be conducting a private tour of the exhibition on Thursday, April 27, presented by the Friends of the Coffs Harbour Regional Gallery.
For further information, or to make a booking head to the Coffs Harbour Regional Gallery on our website.