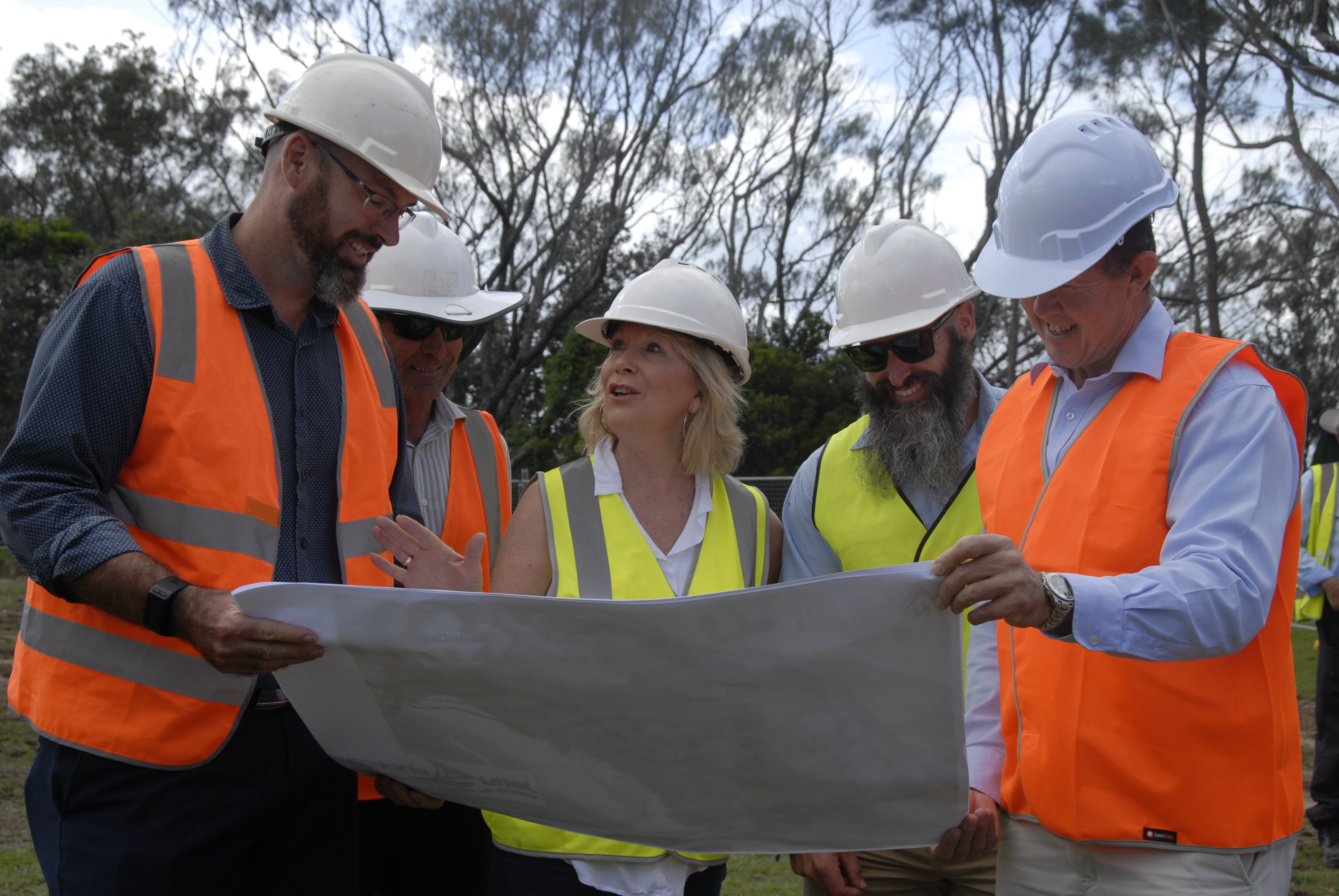 Coffs Harbour Mayor Councillor Denise Knight and Federal Member for Cowper Luke Hartsuyker cut the first sod on Thursday, April 20, to mark the start of construction of Stages 2-4 of the Jetty4Shores Project.

“This is a momentous milestone for the whole revitalisation of the Jetty precinct,” said Cr Knight. Stages 2-4 are the core of the upgrade and will really bring the whole area back to life as the heart of our city.”
This phase of the project includes an open plaza area with wide terraced steps and a pram/wheelchair ramp onto the northern end of Jetty Beach, plus a boardwalk behind the dunes and vegetation, linking the plaza to the historic Jetty and market area.
“The plaza, boardwalk and market area are the flagship features of the project which will provide social, cultural and fun places where people can relax, meet and enjoy this corner of paradise,” added Cr Denise Knight.
“This has been a long time coming and it may never have happened at all without the commitment of previous and current Councillors – as well as the overwhelming support of the community.
“We’re also very grateful to the Australian Government for its contribution of half the $9.2m cost through its National Stronger Regions Fund.”
The Jetty4Shores Project was the result of a long period of vigorous community consultation that began in 2013. The plans were developed by a project team consisting of Council, State Government and a Community Reference Group. In 2013, there was an extensive three-month public exhibition of the draft concept plans that generated nearly 1,350 submissions.
Council then undertook a detailed planning and design process for the works, which were subsequently approved by the relevant State Government bodies.
The works are expected to take 20 weeks, weather permitting.