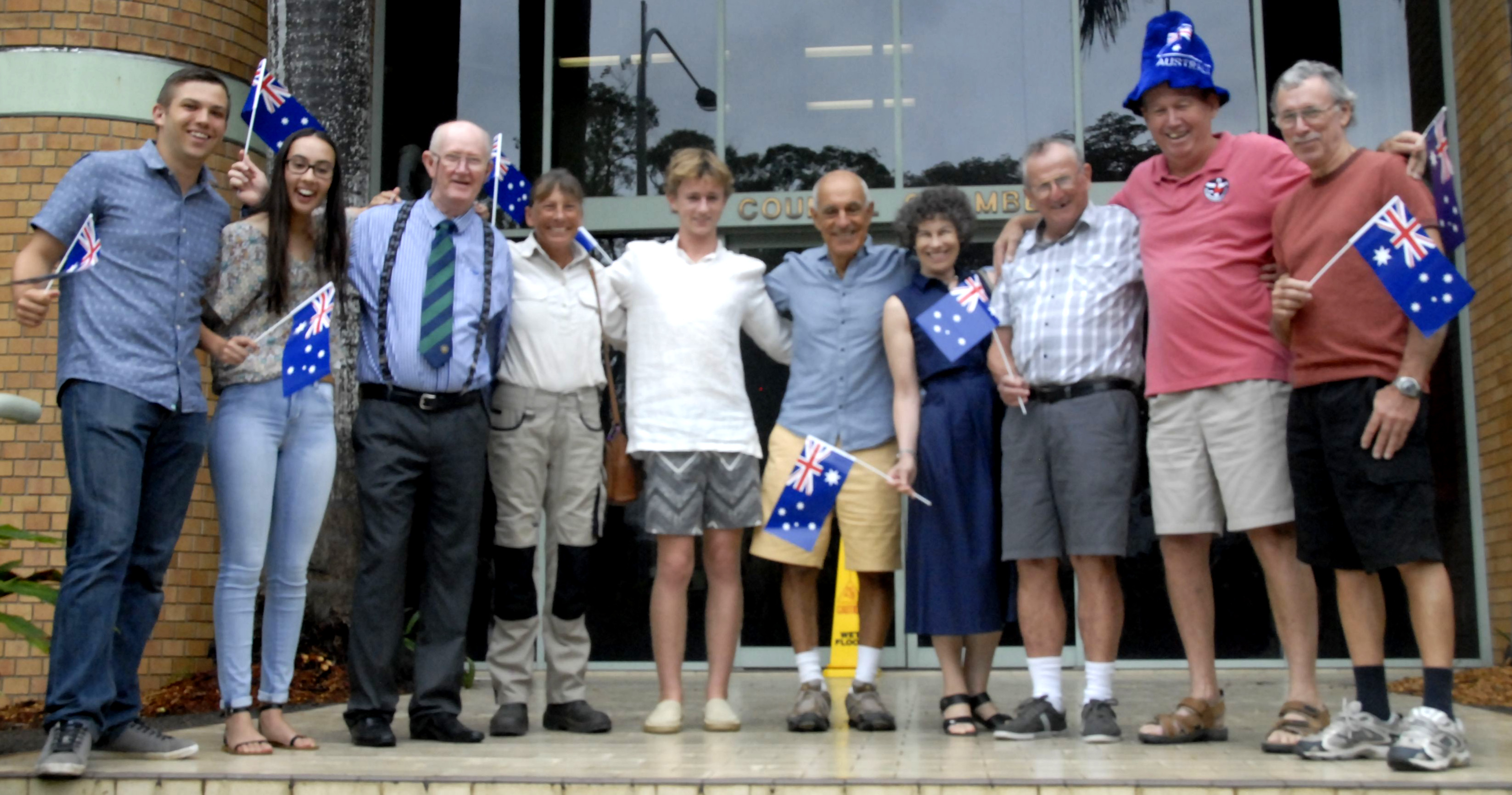 This year 12 local nominees have been recognised for their achievements and community spirit in the annual Australia Day Awards. The Award winners will be announced at the Australia Day Ceremony at the Botanic Garden on January 26 where nearly 60 new Australians from 16 countries will also receive their Citizenship.

Sportsperson of the Year

Volunteer of the Year

Young Citizen of the Year

Citizen of the Year

Come along to Coffs Harbour’s Australia Day celebrations and be among the first to congratulate the individuals and families who will be becoming brand new Australians on the day.

Nearly 60 people from 16 countries will become Australian Citizens at a ceremony that is one of the highlights of the day.

“Australia Day is always a special day for Australians, but for those becoming an Australian citizen, it’s a particularly significant occasion,” said Coffs Harbour Mayor, Councillor Denise Knight. “We’d love as many people as possible to come along on the day to congratulate our newest fellow citizens and take the chance to meet and welcome them to their new home.”

Following the Citizenship Ceremony, the Mayor will also be presenting this year’s Coffs Harbour Australia Day Award nominees and winners.

“This is our chance to honour and congratulate those absolute heroes who do so much for our community. They’re never the sort of people to blow their own trumpets so it’s always fabulous to see them getting the kind of recognition they really deserve,” she said.

The Citizenship Ceremony will begin at 8.30am and the Award Presentation at 10am. All are welcome to attend and there will be barbeque breakfast available from 8.30am.

Everyone who comes along is also very welcome to stay on at the Garden for the Saltwater Freshwater Festival which celebrates Australia’s oldest culture with music, dance, stories, crafts, language, art, ceremony, children’s and youth activities, workshops, yarns and food.