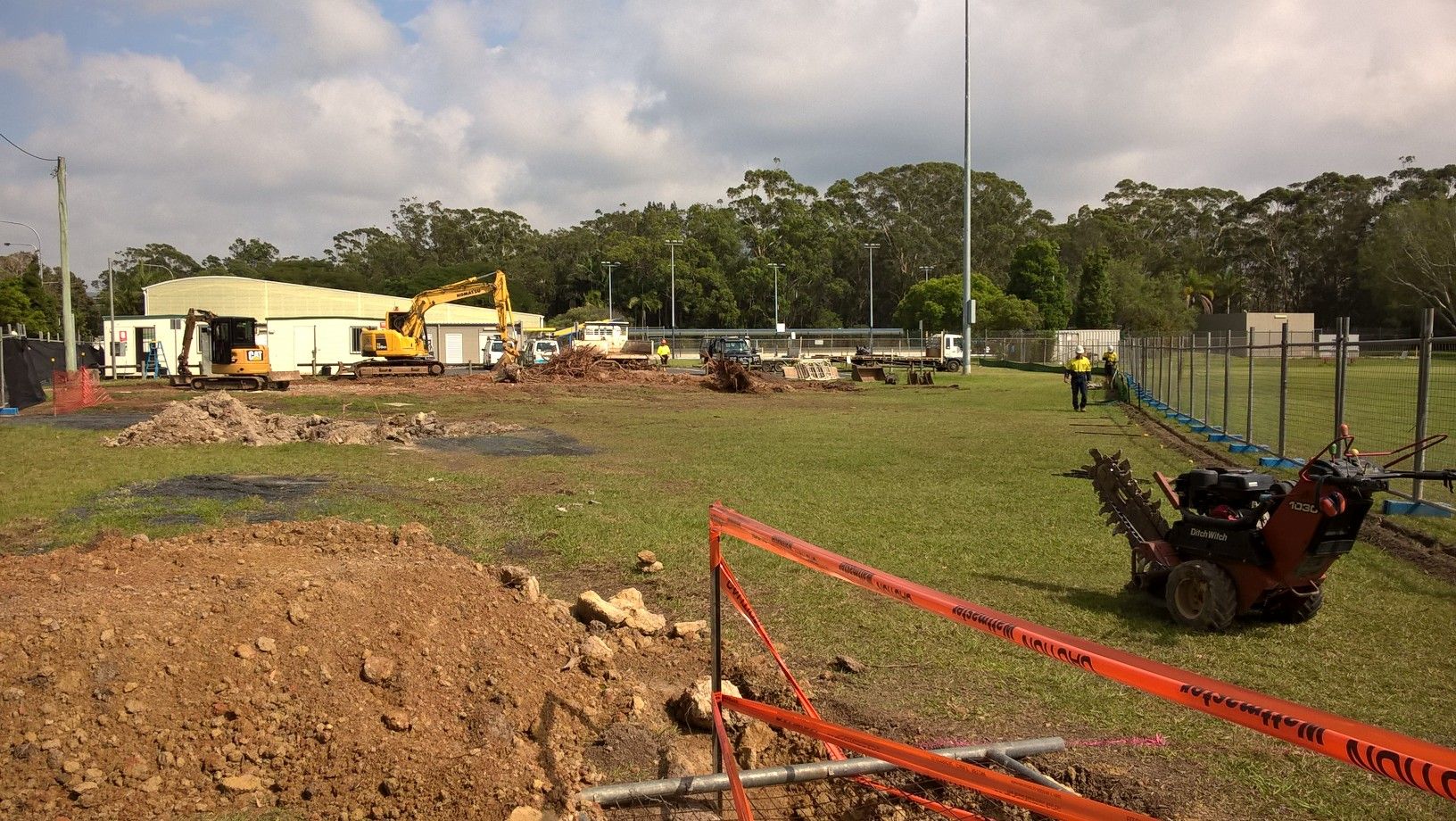 Local sports groups will soon be enjoying new and improved facilities at Fitzroy Oval in Coffs Harbour’s CBD after work began this week on a new multi-purpose building at the popular ground.

The new facility will feature changing rooms, a canteen, provision for umpires, medics, as well as storage for sports equipment. A separate toilet block will be available for public use. Construction is expected to be finished by the end of June this year.

“Cricket and AFL – and many local schools – use Fitzroy Oval all year round and Council has worked extensively with local sports clubs, as well as the state bodies for AFL and cricket, to ensure that the new buildings meet the needs of the local clubs based on state wide standards,” said Daniel Heather, Council’s Section Leader Stadium and Major Events. “Both Cricket NSW and AFL NSW/ACT have also helped with funding.”

“The building will also feature a mural that acknowledges the significant Aboriginal history associated with the site and expressions of interest will be released later this month calling for interested artists to come forward.”

Council has worked with the local sports clubs to relocate their training and games during the construction period to minimise disruption. During the building works, sub surface drainage will also be installed to help minimise wet weather issues.

“The upgrade of Fitzroy Oval is very timely to support the strong growth of both Junior and Senior AFL in the Coffs Harbour region,” said David Lawson Infrastructure Planning Manager – AFL NSW/ACT. “The new facility is an innovative building design that will match any community facility in the state, and we look forward to sharing it with cricket.”

Cricket NSW’s Manager State infrastructure and government relations, Anthony Brooks, said they were delighted to again partner with Coffs Harbour City Council and the AFL to deliver new amenities and change room facilities at Fitzroy Oval. “The new facility will help foster the love of cricket and increase participation in the area,” he added.